Shell Petroleum Development Company (SPDC), which has the largest footprint in Nigeria’s oil industry, would now have to write a cheque of N17 billion payable to Ejama Ebubu community in Eleme local government area of Rivers State, as the Supreme Court on Friday dismissed the Anglo Dutch oil company’s request to vacate a N17 billion damages judgment awarded against it in 2019 over oil spill in the community. 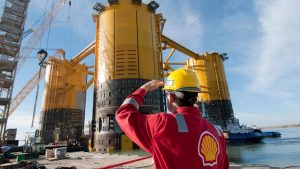 The Supreme Court had in a January 11, 2019 decision, upheld an earlier judgment by the Court of Appeal, affirming a June 14, 2010 judgment of the Federal High Court in Asaba, Delta State, which awarded the damages against Shell over an oil spill at Ejama Ebubu in Eleme LGA, Rivers State in 1970.

Chukwudumebi Oseji read out the lead ruling of the Supreme Court’s five-man panel led by Olabode Rhodes-Vivour, in which the apex court justices unanimously dismissed the oil company’s application for a review of the judgment after upholding the preliminary objection filed by the Ejama Ebubu community’s legal team. Oseji, however, was not a member of the five-man panel.

Cenrus Nweze, a member of the Supreme Court five-man panel, prepared the ruling, in which it held that the application by Shell, asking the apex court to revisit its earlier judgment (of January 2019), was “unmeritorious.”

The apex court had in the case, which had lasted nearly 32 years from when it first started at the federal High Court, Asaba, issued the N17 billion order in favour of Ejama Ebubu in Eleme local government of Rivers. The community was represented by Isaac Agbara and nine others.

Ejama Ebubu people, still suffering the 50-year spill, are perhaps seeing justice after half-a-century for a massive oil spill that ravaged their community in 1970, from Shell’s oil production activities in Eleme–Ogoni area.

Recall that on July 5, 2010, a federal High Court in Asaba, Delta State, presided by Ibrahim Buba had ordered SPDC to pay N16.7 billion ($100 million – N/$ exchange rate then at N167) to the Ejama Ebubu community in Eleme LGA, Rivers. The money was compensation for the oil spill that occurred in the community 40 years earlier then. Buba also ordered the Anglo Dutch oil giants to de-pollute the land and swamps to their states before the spill took place.

Before the community went to court, the people had waited for 31 years for Shell to fulfil the promises it had made after the spill occurred in 1970.

Should Ejama Ebubu folks roll out the drums to celebrate, having waited for 50 years to get justice for a damaging spill that is still felt till date? The United Nation’s Environment Programme’s August 2011 report on Ogoni clean-up, includes the community as part of the heavily impacted areas. Till date, the Nigerian federal government, through its agency, Hydrocarbon Pollution Remediation Project (HYPREP), has yet to undertake appreciable work on the $1 billion clean-up exercise.