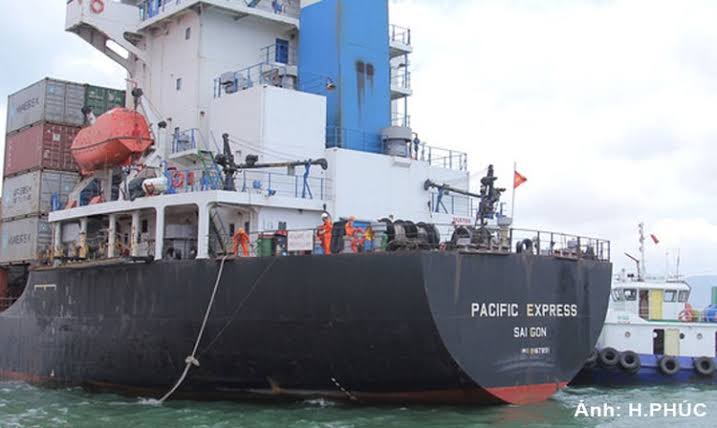 The owner of a container ship PACIFIC EXPRESS has been held down for compensation to fishermen over their lost boat and other loses after the ship hit the boat on the Vietnam waters and ran away.

According to FleetMon, a ship tracker, PACIFIC EXPRESS was identified by Vietnamese Maritime Authorities and Coast Guard, as the ship involved in the hit-and-run accident.

“Fishing boat sank, three fishermen on board were thrown into water. Container ship didn’t stop and continued sailing, fishermen were rescued by nearby fishing boats.

“Owner of container ship is to compensate fishermen for lost boat and other losses,” FleetMon reported on Sunday.