The federal government for all its good intentions decided that a border closure was a very smart way to curb smuggling and dumping, however, analysts have stated that this move by the FG will make the CBN’s dream of single-digit inflation almost impossible. 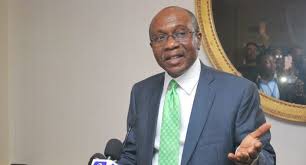 For as long as 2016, the CBN has done its possible best to see that the inflation figures reach single-digit, and as it stands, the job just got even harder as the FG recently ordered the complete closure of the Nigerian land borders, placing a ban on both legitimate and illegitimate movement of goods in and out of the country, leaving air and seaports as the only available option for international trade in goods.

According to analysts at CardinalStone Research, inflation will increase with the closure of the borders, they added that the festive period might see a serious uptick in general price level, owing to increase in demand pressure.

CardinalStone Research said, “The impact of border closures on food inflation materially changes our expectation for headline inflation for the rest of the year. We envisage a sustained uptick in inflation in the coming months, with the borders likely to remain shut pending a compromise between Nigeria and its neighbours. Moreover, we expect further price pressure for staple foods from increased demand due to Christmas festivities.”

“Beyond 2019, upside risks remain on the horizon. The scheduled increase in electricity tariffs beginning in January 2020, the proposed increase in VAT to 7.5% and the implementation of the minimum wage pose material upside risks for 2020. We thus expect the Central Bank of Nigeria to maintain its tight monetary stance in the face these risks and lower near-term oil price forecasts,” they added.

The same view was share by their counterparts at United Capital Research, who opined that despite the positive angles of the decision, this move threatens trade relations with neighbouring countries and also general price level could be seen to increase in the short term.

The said, “The decision regarding the full closure of the border might be positive from the angle of preventing smuggling, dumping of sub-standard and harmful goods into the country as well as protecting local producers. However, this might put more pressure on the general price level, especially on food prices in the immediate term. Also, trade relations with neighbouring countries are threatened, a narrative that complicates the recently signed the African Continental Free Trade Agreement.”