Wall Street analysts were mostly caught off guard by Snap’s better than expected earnings report after the bell on Tuesday. The technology and social media company posted a solid quarter showing a more stable user base. 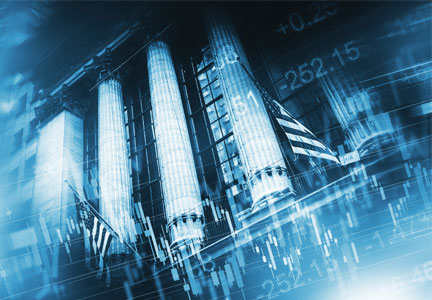 Shares were up 24 percent at the open to $8.77, but most analysts remained negative on the stock.
In a note to clients, Bank of America’s Justin Post titled his report, “Stable (users) is far from a victory, but an important step forward.” He also said, “However, our survey work suggests Snap still has high levels of churn, while we continue to think Instagram and Whataspp will be difficult to displace in international markets even with an improved app.”
Noting the pop in the stock, Susquehanna’s Shyam Patil said, “We reiterate our negative (rating) and would take advantage of the pop in the shares, as we think fundamentals remain extremely challenged and continue to see a downward bias to forward estimates.”
“Overall, these were improving results with stable users & engagement following the stumbles of 2018 and better cost discipline,” wrote J.P. Morgan’s Doug Anmuth. “We believe there is better risk/reward in other names, including FB & TWTR, which are two of our top picks,” he said.
But Raymond James upgraded the stock to market perform from underperform citing, “Stabilizing DAU (Daily Active User) trends and redesign of Android could drive an improvement in 2019.”
RBC’s Mark Mahaney went so far as to compare Snap to another social media giant saying, “”Is This TWTR At The Beginning of ’17?!”
“The pieces may be in place. A successful ads platform auction transition, ongoing product innovation (for both advertisers and users), and Android platform improvements rolling out,” Mahaney added.
Analysts’ reactions:
Raymond James- Upgrade to market perform from underperform
“We are upgrading shares of SNAP from Underperform to Market Perform with a High Risk/ Growth suitability rating given: 1) stabilizing DAU trends and redesign of Android could drive an improvement in 2019; 2) continued solid ad growth driven by revenue/user up 37% y/y in 4Q and adoption of its self-serve ad platform; 3) outlook for improved EBITDA performance with continued solid top line growth and relatively flat opex… We believe SNAP can achieve EBITDA breakeven by 2020… We believe 1Q EBITDA guidance is likely conservative as well… While more positive on fundamentals, valuation at ~8x 2019 revenues (vs. 6x for Facebook and Twitter) and continued competition concerns (e.g., Instagram) limit our enthusiasm…”
Businessamlive Website Stats