Stakeholders in the Nigerian metallurgical industry have called for the development of finance strategies to encourage the growth of small and medium enterprises (SMEs) in the steel sector. 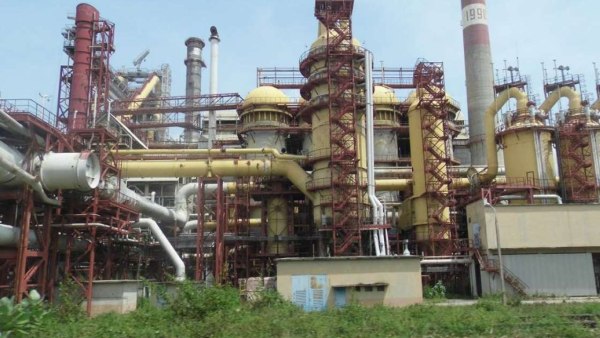 They observed that if the sector was to contribute more to the gross domestic product (GDP), there was the need to revamp steel plants that could produce a minimum capacity of over one trillion tonnes yearly, taking into consideration the nation’s increasing population of about 200 million and the upsurge in demand for steel and metals in the country.

The experts spoke at the opening of a two-day Nigeria metallurgical industry stakeholders’ forum for the southwest geo-political zone themed: “Developing SMEs in the metal sector for economic diversification, job creation and national prosperity” organized by the Federal Ministry of Mines and Steel development in Lagos.

Chairman, Metallurgical Operators Association of Nigeria (MOAN), Ibrahim Madugu said what is dragging the economy backward is the lack of manufacturing activities in iron and steel, as statistics show that about $3.3billion is spent yearly on the importation of steel, adding that the cost is too high for the nation.

Madugu, a professor who specialises in metallurgical engineering, at the Ahmadu Bello University, Zaria said the dilemma of the sector is that it is capital intensive hence; government should come up models to assist SMEs with low interest rate lending through the Bank of Industry to boost their operations.

“The mining sector is still at its infancy stage in Nigeria, we don’t have an organized mining sector; we have what is called small and medium scale miners. Before you talk about metal sector, you must think about mining before you process.

“In terms of GDP, the contribution of solid minerals to the economy is on a minimal size about point four percent which is much lower than what such sector is contributing to Ghana and South Africa’s economy.

Whereas, if you want to have a sustainable small and medium scale enterprise in terms of metals processing and usage, you must have the source of the steel and metal itself locally at the normal international rate that is affordable”.

He added, “Ajaokuta has to come up; same as the Delta Steel and others, if Nigeria wants to move to the next level. We need to organize the metallurgical operators because the practitioners in the country seem to be in dilemma as the steel plants are not working and the operators need a voice to champion some of their needs.

What the government should do is to look for a way to organise the small and medium scale artisanal miners into a formidable group”.

The director, metallurgical inspectorate & raw materials development, ministry of mines and steel development, Victor Ihebinike lamented that the Nigerian economy with a GDP of $375.8billion is unarguably the largest in Africa and the largest economy has over 30 steel manufacturers but can only produce 2.2 million tonnes a year using scraps and billets imported mainly from China.

He said the decline in GDP as a result of the fluctuating oil prices however, has compelled the present administration of President Muhammadu Buhari to commit itself to the diversification of the economy, thereby prioritizing the development of the minerals and metals as well as agricultural sectors.

Earlier, the permanent secretary in the ministry, Abdulkadir Mua’azu said part of efforts to grow the sector was the drafting of the ‘Nigerian Metallurgical Industry Bill’, which was a strong desire to develop a robust metallurgical industrial with government relinquishing its erstwhile role as owner-operator to the private sector and reposition itself as administrator-Regulator in consonance with the government policy on privatization and reforms.