The Revenue Mobilisation Allocation and Fiscal Commission has secured the approval of the National Economic Council to probe banks over the collection of stamp duties, an investigation has shown.

The probe would involve a forensic investigation of the funds that have so far accrued to the Federal Government through the electronic collection of stamp duties by banks. 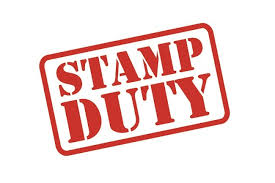 The Nigerian Postal Service, operators of the Stamp Duty Act 2004, had not been satisfied with what the banks had remitted as the total collection from stamp duties.

Postmaster General of the Federation, Mr Bisi Adegbuyi, had written to the Governor of the Central Bank of Nigeria, Mr Godwin Emefiele, on the state of the stamp duties being collected on behalf of the Federal Government.

In the letter, Adegbuyi had informed the CBN boss of the decision to carry out a forensic audit to determine how much banks had deducted from the accounts of their customers in order to compare it with what had been remitted by the banks into the Stamp Duty Account.

Subsequently, NIPOST advertised for forensic auditors that would help it carry out the probe of the banks that had been deducting N50 on every deposit with a value of N1, 000 and above since January 2016.

The process was aborted when RMAFC raised an objection of jurisdiction. However, the two organisations had since been working with the Office of the Accountant General of Federation in order to make the probe possible.

This, however, was grossly lower than the expectation of both the government and the postal authorities. Before the operationalisation of the duty, NIPOST had estimated that proper application and collection would see the government collecting about N475bn per annum from the duty, as a study by a private firm had shown.

The Central Bank of Nigeria had through a circular issued on January 15, 2016, directed banks to deduct N50 stamp duty on deposits made into bank accounts with a value of N1,000 and above in order to boost government revenue drive and in compliance with Stamp Duty Act 2004.

The apex bank also anchored its directive on a court ruling obtained by Kasmal International Services Limited in 2014 to the effect that the 22 banks operating in the country should remit more than N6tn to NIPOST through the company as stamp duty they were supposed to have collected since the Stamp Duty Act was passed into law.

However, ruling on an appeal filed by Standard Chartered Bank against Kasmal International Services Limited and 22 others, Justice Ibrahim Saulawa, and four other justices of the Court of Appeal, Lagos Judicial Division, held that the Stamp Duty Act 2004 did not impose a duty on DMBs to deduct N50 on bank deposits.

According to the Appeal Court, electronic transactions were not covered in the Stamp Duty Act of 2004. The ruling of the court has not stopped some banks from deducting the stamp duty on deposits of N1, 000 and above.

The Federal Government is currently in the process of securing new legislation that would expressly spell out that stamp duty should be deducted on electronic transactions.