Buying interest in StanbicIBTC, FBN Holdings and Guaranty Trust Bank (GTB) gave momentum on the Nigerian equities market as it maintained its bullish streak following a six-day positive run to midweek, with as investors, as well as market analysts, expectant of some profit-taking deals as the week draws to a close. 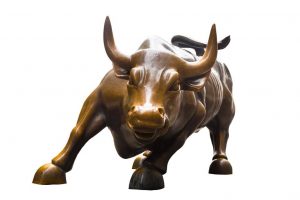 There was a mixed performance across sectors as two indices out of six recorded a loss, one gained while three closed flat. Also, the Insurance and Banking indices closed negative, down by 92 basis points and three basis points respectively owing to price drops in UBA (-1.5%), CORNERSTONE (-9.7%) and CUSTODIAN (-2.0%).

Lastly, there was also a flat close in the Oil & Gas, Industrial Goods and AFR-ICT indices.

Meanwhile, the investor sentiment as measured by market breadth (advance/decline ratio) strengthened to 3.0x from the 0.8x recorded previously as 24 stocks gained against the 8 that declined.