Technologies with foreign origins dominate the Nigerian space at the expense of the growth of the local tech industry in a process that robs the economy huge sums annually. This is a trend experts believe must be fought by local authorities and other players alike. OMOBAYO AZEEZ reports. 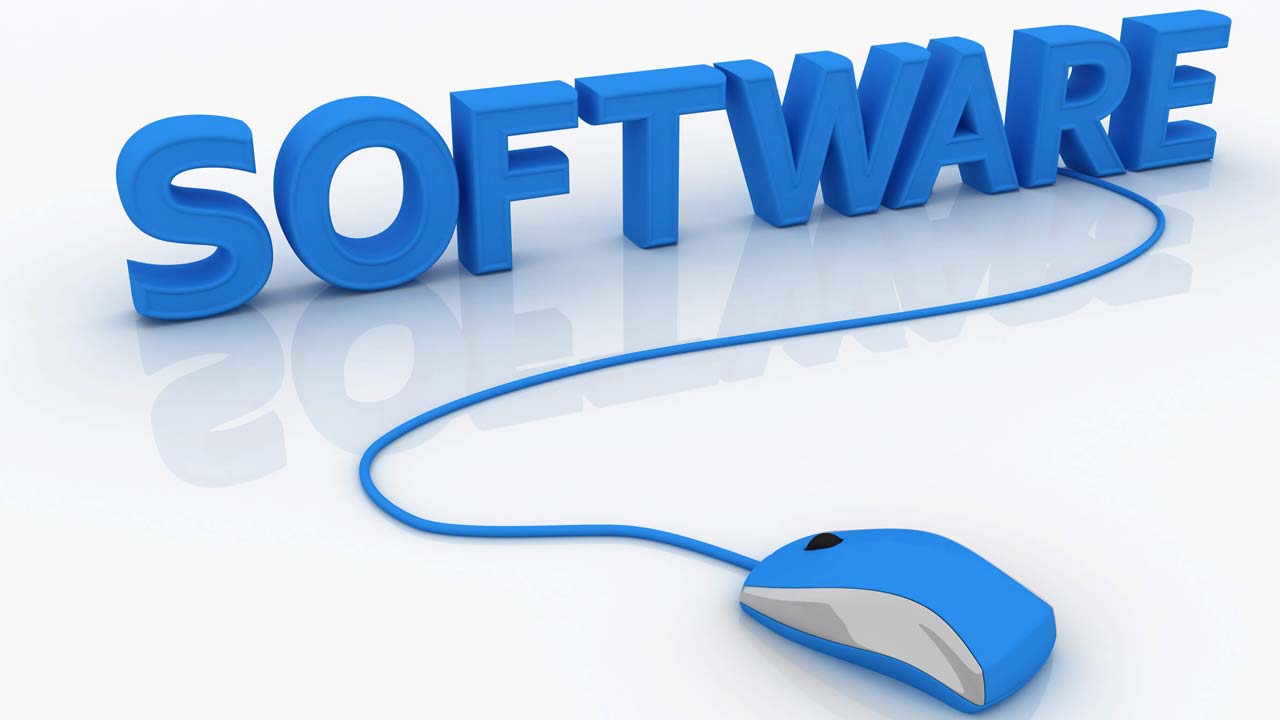 The pejorative, albeit factual, general notion that Nigeria depends on external sources for most of its consumables across several sectors remains extant. This is despite several years of announced intent by successive governments to stimulate local production of goods and services and promote the patronage of such homegrown solutions.

The manifestation of this is visible in technology usage in the country, especially in matters of hardwares and softwares. It has been estimated that this year (2020), Nigeria is going to be spending an excess of N120 billion to acquire computer softwares and hardwares.

The staggering amounts estimated by experts in different quarters as capital flights due to acquisition of foreign software is a pointer to the fact that irrespective of the amounts, the local software market players as well as the economy are at the losing end, while their foreign counterparts laugh all the way to the bank.

Just recently, Dan-Azumi Ibrahim, director general of the National Office for Technology Acquisition and Promotion (NOTAP), reaffirmed to the press in Abuja that 95 per cent of technology being utilised in all sectors of the country’s economy were imported.

As the head of the agency saddled with the statutory responsibility of regulating foreign technology acquisition in the country, Ibrahim lamented that the development has been a source of worries.

In Nigeria, while there are such agencies as NOTAP, the National Information Technology Development Agency (NITDA) as well as the Bank of Industry (BoI), among others, which are all expected to work harmoniously to give the software industry strong backing, it is regrettable that their role in jointly working to develop the software sector has been seen to be facile, hence the money flight continues.

According to findings, the softwares are used in banks, oil and gas industry, information technology (IT), education, manufacturing sectors and ministries, departments and agencies (MDAs) of governments.

In Nigeria, all foreign softwares used in these sectors of the economy are registered with NOTAP, the federal agency responsible for registering and monitoring all software before they are deployed.

According NOTAP’s Ibrahim, the quantum of money that goes out of Nigeria as licencing fee (for technology transfers) is too high and should be of concern to all patriotic Nigerians.

To curtail the appalling profile of capital flight to foreign software consumption, NOTAP has been put in place, measures to vet the process of technology transfer in the country. This is to ensure that locally available softwares are not sourced offshore with scarce forex, that imported ones can benefit the country economically and expose local players to new knowledge as well as certain share of the revenue.

Speaking recently at a gathering in Lagos, NOTAP boss, Ibrahim, specifically laid emphasis on the introduction of Local Vendor Policy, which he said had been helping in mitigating the influx and dominance of foreign software in the country.

The policy, which is directly under NOTAP’s supervision is said to be bringing sanity into the sub-sector, curbing capital flights, and encouraging local players.

According to the DG of the agency, though there had been stiff opposition to the implementation of the policy, “NOTAP would continue its implementation because it has saved the country and IT vendors, huge sum of money that could have left the country as capital flight.”

He explained that the implementation of the Local Vendor Policy in licensing of foreign software in Nigeria will continue to block financial leakages in the country’s software industry while saving huge sums of money for the Federal Government and the local IT vendors.

He stated that the policy, which was designed to build the capacity of local IT vendors, allowed them get involved in the deployment and maintenance of every foreign software that is licensed in Nigeria.

“Cost of licensing foreign software varies between $10 million and $100 million, depending on the capacity and specifications of the software, and a foreign company is expected to pay Annual Technical Service (ATS) fee of between 12 percent and 23 percent of the license fee.

“Also, 40 percent of every amount paid by the foreign software company goes to the local IT vendor for deployment and maintenance of the software, and many IT vendors are already benefitting from the policy implementation.

“We have passion to support the development of home-grown technology. Nigeria was hitherto loosing huge amount of money to foreign countries through licensing fees of foreign software, but we have to change the narrative through the Local Vendor Policy.

“The policy stipulates that before any agreement on foreign software licensing is concluded with NOTAP, it must involve a Nigerian IT company for the deployment and maintenance of the software before approval for registration is given. I see it as a bold initiative of government, even though it came with resistance from different quarters that usually benefit from foreign software licensing,” Ibrahim said.

According to him, while the federal government comes up with nice policy, the implementation matters and “that is what NOTAP is ensuring by insisting on full compliance of the Local Vendor Policy.”

Ibrahim informed that NOTAP has a mandate to implement policies that will not only develop local software capacity, but also ensure patronage of locally developed software. He also assured that NOTAP will continue with the implementation of policy, with government ministries, agencies and departments (MDAs), before extending it to the private sector.

According to Ibrahim, “As Nigerians, we have a collective responsibility to promote software development in the country and there is need for synergy among industry stakeholders to achieve this objective.”

It is noteworthy however, that even the local vendor policy so introduced has only succeeded in making local vendors benefit from deals involving transfer of foreign software, but not stopping the patronage of the foreign solutions.

35% tax on importation of software

Some experts in the Nigerian IT industry are of the opinion that to endear local solutions to consumers in the various sectors of the economy and in government, more stringent measures should be adopted to discourage reliance on imported software.

Chris Uwaje, the coordinator of National Software Think Tank (NSOFT), said the more measure should be put in place to promote the local software market as this would further support the local economy.

He said NSOFT has, as its main  thrust, to advance a five-year strategic plan to encourage adoption of indigenous software for the security and growth of the economy, build commensurate capabilities and capacities to alleviate the critical challenges of the indigenous software ecosystem and provide a formidable roadmap for the advancement, sustainable development and competitiveness of Software Nigeria.

According to Bimbo Abioye, a software expert, Nigerians spend so much on foreign licensing and patronage every year, saying this is a mindset that must change.

He said there should be imposition of tax that is as high as 35 per cent on foreign software to discourage its patronage in Nigeria.

He added: “Our greatest challenge is absence of regulation. We have seen instances where locally developed software performs better than foreign software. If for any reason any organisation prefers the use of foreign software to local software, then technical training of staff on the foreign software must be done in Nigeria.”

Of course, with the introduction of Executive Order 003 and Order 005, which seek to enforce prioritizing indigenous firms, services, products and solutions ahead of foreign counterparts, the federal government has made a strong statement in respect of local content promotion.

Observers in the country have however lamented non-compliance of the orders as the practice of choosing foreign above local products moves on.

Adesola Aderounmu, a professor of computer science and former president of Nigerian Computer Society (NCS), lamented that the lack of compliance with the Executive Orders was largely affecting local Information and Communications Technology (ICT) companies in the country.

He said, “In the last four years, we have identified some key areas in the ICT Roadmap of the Federal Government. These are: Infrastructure development including Information Security, Broadband development and improvement of Quality of Service & Access, Human Capital Development and Local Content development.

“The pronouncement of Executive Orders 003 and 005 is a landmark achievement of our NCS advocacy that we have consistently pursued in the last decade. The two Executive Orders signed on May 18, 2017 expectedly changed some of the ways government business and operations are conducted in the country.”

Aderounmu said that the support for local content in public procurement by the Federal Government definitely has contributed more jobs for present and youthful population. This is integral to Nigeria’s economic revival.

“However, we note with concern that the compliance with the orders is not 100 per cent and there are pertinent cases and issues we as a body need to highlight for the Federal Government to look into,” Aderounmu had said.

Funding of Local IT researches

Some industry pundits have called attention to poor funding of information technology research efforts in Nigeria, leading to inability of homegrown IT solutions to march imported ones.

This situation is said to be contributing to preference of foreign software above local ones by those companies and corporate entities that spend huge sums to ship software solutions into the country.

While calling for collaborative efforts between the industry and the academia to promote problem-solving researches that can lead to new discoveries and standardization of local IT solutions, they encourage that such ideas should as well be promoted for commercial needs to encourage researchers to do more.

The trend of capital flight to consumption of imported IT solutions, especially software, has been taken tolls on the Nigerian local industry, and by extension the economy, it is instructive, therefore, to deploy every arsenal at the disposal of authorities and other players in the space to reverse the current situation and sustain promotion of the local software market and other domestic IT solutions.