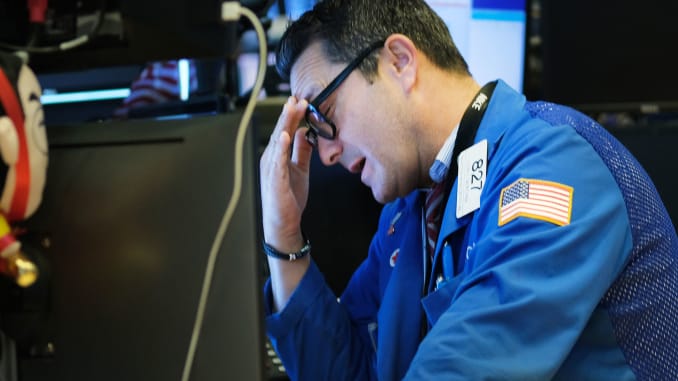 Stocks fell Friday as a massive four-day rally took a breather even after the release of jobs data that was much stronger than expected.

Caterpillar and Goldman Sachs led the 30-stock index lower, falling more than 1% each. Energy, materials and tech dragged down the S&P 500 as each sector fell at least 0.9%.

“January’s better-than-expected jobs report is well-timed in that it boosts economic confidence just when coronavirus fears had investors questioning the growth outlook,” said Alec Young, director of global markets research at FTSE Russell. “That said, stocks are overbought after a huge rally.”

Stocks were up sharply for the week entering Friday as strong earnings and economic data outweighed worries over the coronavirus’ economic impact.

The S&P 500 was up 3.7% week to date through Thursday’s close, and was on pace for its best weekly performance since early June. The Dow is up 4% for the week while the Nasdaq has gained 4.6%. The major averages were also riding a four-day winning streak.

However, stocks were under pressure amid concerns about the potential economic fallout of China’s fast-spreading coronavirus. China’s National Health Commission on Friday confirmed 31,131 cases of the deadly pneumonia-like virus in the country, with 636 deaths.

President Donald Trump tweeted Friday that his Chinese counterpart, President Xi Jinping, is “focused on leading the counterattack on the Coronavirus.”

Activision Blizzard and T-Mobile are among the companies that posted better-than-expected earnings. Shares of Activision rose more than 2% while T-Mobile traded 0.9% higher.