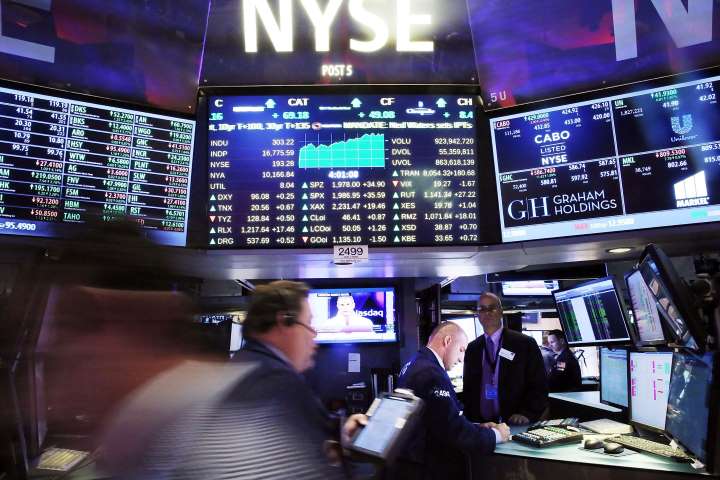 Stocks edged higher Thursday, easing from record levels, as traders assessed a tariff cut from China along with a raft of earnings and solid economic data.

China announced overnight it will halve tariffs on U.S. imports totaling about $75 billion. China’s finance ministry said the tariff cut was timed in conjunction with a U.S. decision last month to halve tariffs on roughly $120 billion worth of Chinese products. Tariffs on some U.S. goods will be cut from 10% to 5%, and from 5% to 2.5% on others, which will take effect on Feb. 14.

That decision was made as part of a broader “phase one” trade deal between China and the U.S. The agreement put the U.S.-China trade war, which had been hurting global growth prospects, on hold. President Donald Trump has said previously a phase-two agreement would be struck at a later date.

The cut also comes after the coronavirus death toll in China rose to 563, with a total of 28,018 cases confirmed as drugmakers race to find a vaccine.

Stocks fell sharply last week amid fears the fast-spreading virus would thwart global economic growth. However, the major U.S. stock indexes have surged this week to recover most of those losses.

The S&P 500 and Nasdaq hit record closing highs on Wednesday, while the Dow climbed more than 400 points. But JPMorgan strategist Nikolaos Panigirtzoglou is not ready to sound the all-clear just yet.

“Despite this week’s equity market rebound we are reluctant to chase short-term momentum,” Panigirtzoglou said in a note to clients. “Instead we tactically trim the risk of our portfolio further and recommend a more modest equity overweight.”

“Although we recognize that the peak in the rate of increase in the number of new coronavirus cases appears to be behind us as containment measures thus far appear to have been effective, this could change as factories reopen in China and more people come in contact with each other,” the strategist said. “In other words, there is a significant risk of an unexpected re-acceleration of new coronavirus cases.”

The corporate earnings season continued with Twitter and and Bristol-Myers Squibb releasing their quarterly numbers. Twitter shares jumped more than 12% on its results while Bristol traded higher by 1.8%.

More than 60% of S&P 500 companies have reported earnings thus far, with 71% of them beating analyst expectations, according to FactSet. The overall earnings growth rate has been low, but it is better than the more-than 4% contraction initially expected.