There is never a shortage of controversy in Nigeria. In the political and economic life of the country, it is very difficult to go a day without one controversy or the other. In the oil and gas industry one is already on and given that this is one of the most opaque terrains of the nation’s economy, we think that the onion peeling about it still has some time to run. 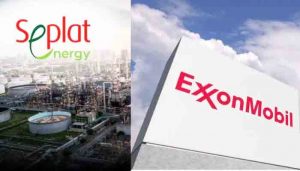 Since crude oil was discovered and the governance of the Nigerian Federation tacitly became unitary but in name, the oil and gas industry and its entire operation has left much to be desired. It is at once one of the most opaque and defies any clear understanding by citizens, except for those who are neck deep in its intrigues of twists and turns. One thing for certain is that, for many decades, because of sector’s ability to spew cash, it has been a magnet for sleazy people in government, the political class, corrupt businessmen and businesswomen, who take pride in making it more opaque to keep decades of mystery around it going.

Yet, it is Nigeria’s highest foreign exchange earner. And for this reason Nigerians are keenly interested in what is going on at both the operational and regulatory sides of the industry and its products. This interest in the matter of crude oil by Nigerians is behind the concern often expressed when stories go out that a major international oil company is leaving the country and selling its assets. On one hand there is a concern, and on the other, there is a keen interest to see who will take over such assets, local or foreign, and either become a new king in the murky oily waters of the Nigerian economy, or just increase their status in it.

This is one of the reasons why, when ExxonMobil Corporation, the American international oil company, decided it was time to exit the shallow waters of the Nigerian oil industry by selling all its assets in it, not a few people across the country were interested to see who it would be sold to. There were many in the bidding war for the assets, later narrowed to about three. But on February 25, 2022, the indigenous Seplat Energy, a company quoted on the Nigerian Exchange and London Stock Exchange, made an official announcement that it had entered into an agreement with ExxonMobil to acquire the latter’s shallow waters assets.

In the announcement, Seplat Energy Plc conceded that the transaction was subject to regulatory approvals, in particular, ‘ministerial consent’, when it gave details of the all cash imminent acquisition. It gave out the following details regarding the transaction:

Seplat Energy Plc in making the announcement stated that it entered into an agreement to acquire the entire share capital of Mobil Producing Nigeria Unlimited (“MPNU”) from Exxon Mobil Corporation, Delaware (“ExxonMobil”) (the “Transaction”).

By that announcement, the transaction;

• Involved a Sale and Purchase Agreement to acquire the entire share capital of MPNU for a purchase price of $1,283 million plus up to $300 million contingent consideration, subject to lockbox, working capital and other adjustments at closing relative to the effective date

• Encompasses the acquisition of the entire offshore shallow water business of ExxonMobil in Nigeria, which is an established, high-quality operation with a highly skilled local operating team and a track record of safe operations, producing 95 kboepd (W.I.) in 2020 (92% liquids)

The specific items in the MPNU portfolio that was on offer primarily consists of:

• The Qua Iboe Terminal, one of Nigeria’s largest export facilities

• It does not include ExxonMobil’s deep-water assets in Nigeria

Seplat also said it was expected to provide some transformational impacts, including;

However, for an industry that thrives on dramas, this transaction has not been without its own drama since the Seplat Energy Plc made the announcement. First, there was opposition to the transaction by the state-owned national oil company, NNPC Limited, which, as a JV partner to ExxonMobil said it was not carried along in the transaction. This led to court cases.

Also, we are aware that as a result these objections regulatory approval was withheld. And following this, it has gone into the full scale opaque mode the Nigerian oil and gas industry is better known for; thus bringing confusion to the whole process and creating an atmosphere for different opinions to be formed about who is right and who is wrong in the whole saga.

In the midst of all the brouhaha that has been created over the deal between ExxonMobil Corporation and Seplat Energy Plc, we are of the view that there are fundamental questions about how this transaction benefits Nigeria and how our extant regulations are made to be executed.

Firstly, the conflicting reports about presidential approval have raised questions about the transactions, about regulation in the Petroleum Industry Act era and about ExxonMobil’s corporate behaviour in Nigeria.

Although ExxonMobil and its subsidiaries have maintained characteristic silence on the matter, Seplat says that it obtained the supposed Ministerial Consent pursuant to the powers of the Minister under Paragraphs 14-16 of the First Schedule of the Petroleum Act, 1969.

Conversely, the Upstream regulator says that its announcement that the approval has indeed not been properly given is based on its powers under the new Petroleum Industry Act which became law in 2021.

This leads us to ask why would the parties to the transaction seek an approval based on a 50-year-old law which was effectively replaced by the new law? Does this have something to do with the parties trying to hoodwink the regulators?

Again, there are commentators who have tried to push the narrative that the president’s withholding of accent could have the consequences of discouraging investors, especially foreign direct investors in the Nigerian oil and gas industry. But we do not think so, in the face of trying to do the right thing by the country’s laws.

For indeed, what kind of investors, especially FDI investors, does Nigeria really need? The ones that obey the law or the ones that have little regard for Nigerian law and regulators?

We recall that in 2009 ExxonMobil Corporation paid just $1.2 billion for the renewal of three shallow waters JV oil blocks against an alternative offer of $3.5 billion for the same blocks. Was this a good deal for Nigeria?

What we see taking place now, seems like an effort to divide the government and secure a sweet deal, very similar to ExxonMobil’s tactics when it got the then Minister of State for Petroleum to sign the renewal for 20 years rather than the senior minister as the law provided back then.

We note too that despite its years of operation in Nigeria and the benefits it has derived from this country, ExxonMobil is the only major international oil company operating in this land that has no gas or power project to its name. The company is yet to build the 500MW Independent Power Plant for Nigeria which was the condition attached to the lease renewal. What will happen to that project when it eventually sells its assets? And without ExxonMobil, what happens to the IPP commitment when the leases expire in 2029?

There are also other questions we wish to raise about the deal. For instance, what is the merit of the transaction itself? Does the proposed buyer have the money and the capacity to make the most of these huge assets, or could Nigeria’s oil revenue be at risk? For instance, all the assets on the table are offshore. Does Seplat have offshore experience? If not, how does it plan to run those assets, and at what cost to Nigeria?

Is there reason to worry that the amount being offered for these assets are about the total market capital value of the proposed buyer, that is, less than $2 billion? Where will the money for the operation come from after paying for the purchase? And how much is the asset portfolio being sold worth in today’s market? Has it been valued, and has the offer been benchmarked?

Also, there is the question about ExxonMobil’s corporate behaviour in Nigeria. It is instructive that the transaction on the table has Seplat buying the shares of ExxonMobil Nigeria, which belongs to an ExxonMobil entity in Delaware. Who exactly is doing the transaction, and who is NNPC doing business with, and what does the law say about companies based in tax havens like Delaware?

Of relevance here is the recent global push to get multinationals, especially those conveniently based in tax havens to pay tax in the countries where they operate. Has this principle been examined in the ExxonMobil-Seplat proposed transaction?

What about local content? Is Seplat or its subsidiary that is doing the buying a Nigerian company or a foreign entity? Either way, what is the implication regarding tax and other fiscal incentives for the entity and the assets going forward, assuming the transaction happens? And what is the local content plan for the Nigerian companies who have existing contracts or will seek new ones within the operation of those large assets?

What about abandonment and environmental implications at the end of life of these assets? The assets ExxonMobil plans to sell are very old assets and some of the facilities have been there for decades. Have they fully declared their environmental obligations including mandatory provisions for technical and financial arrangements to close these facilities and installations in a way that is not hazardous to the environment decades in the future?

Finally, and equally important, have the regulators taken an inventory of ExxonMobil’s debts and obligations, including legal claims by NNPC, contractors and employees of ExxonMobil?

These are the questions that any regulator, or any government would ask before approving a transaction of this nature. And we believe that under the new PIA, the appropriate regulator should be allowed to do a thorough job.