Nigeria’s apex maritime regulator, Nigerian Maritime Administration and Safety Agency (NIMASA) is billed to host the world to discuss ways to curb growing insecurity in the Gulf of Guinea. It is no longer news that the Gulf of Guinea is notorious for high-level sea crime, involving kidnapping of crew and hijacking of vessels on which millions of dollars are paid to secure their release. 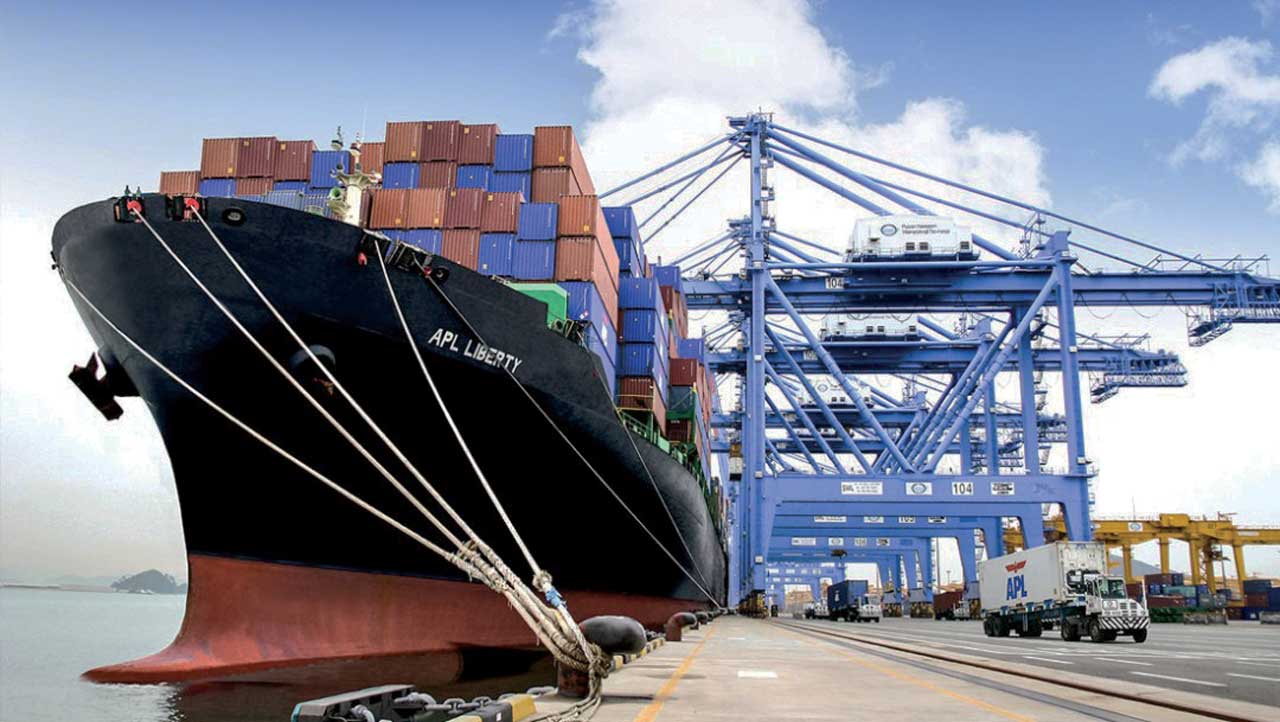 Issues of insecurity in waters around Nigeria are rife. In fact, according to the International Maritime Bureau (IMB) Piracy Reporting Centre, the seas around Nigeria are the world’s most dangerous for piracy. Out of the 75 seafarers taken hostage on-board vessels or kidnapped for ransom worldwide so far this year, 62 were taken in the Gulf of Guinea, specifically off the coasts of Nigeria, Guinea, Togo, Benin and Cameroon. Data available at the IMB stable show that out of the nine ships fired upon worldwide this year, eight were off the coast of Nigeria. Last year there were 13 piracy attacks recorded in Nigerian waters.

Experts say the global security conference billed for October 7 to 9, 2019 in Abuja remains very germane as it provides a veritable platform to find concrete solutions to the problem of insecurity in the Gulf of Guinea.

The Gulf of Guinea is the north easternmost part of the tropical Atlantic Ocean between Cape Lopez in Gabon, North and West to Cape Palmas in Liberia. Countries in the Gulf of Guinea include Liberia, Ivory Coast, Ghana, Togo, Benin, Nigeria, Cameroon, Equatorial Guinea, Gabon, São Tomé and Príncipe, Republic of Congo, Democratic Republic of Congo, Angola. In the last few years, incidences of piracy have clearly moved down from its known hold in Somalia to the Gulf of Guinea, with more of the incidents happening around Nigeria, Benin, Togo, Ghana and Cameroon.

However, experts caution that the issues needing more attention could more peculiar and typically affecting a select West and Central African countries with Nigeria in the middle.

According to Josiah Wassa, a leading marine engineer, the global security conference need to focus on maritime human capacity as many of the sea criminals are young people who have some measure of maritime training, but did not develop into useful capacity.

He said, “Countries coming to the conference, especially, those of West and Central Africa must examine their various situations as they relate to their maritime human capacity development. In Nigeria for instance, the government, through NIMASA is helping to train youths under the National Seafarers Development Programme. I am aware that many young people who are being trained now are ex-militants who would have easily taken to sea crimes. This means that the agency need to do more by not just stopping at the four walls of the classroom, but taking them on board ocean going vessels for sea time training to make them globally competitive. Nigeria has given the blueprint which other countries can follow. It is not just about coming to Abuja and talking through three days. Countries must be ready to tackle the problem with clear cut policies on maritime human capacity development.”

For James Idohor, a security expert, NIMASA will need to enlist the collaboration of such countries as Cameroon, Ghana, Togo, and Benin to get results. The anti-piracy law of Nigeria will also have to be enforced.

“So for me, I will ask, how many people has the anti-piracy law caught up with?” he asked.

On June 24, 2019, President Muhammadu Buhari gave his assent to the Suppression of Piracy and other Maritime Offences Bill, 2019, in a move aimed at improving security on the country’s territorial waters and exclusive economic zone. The “Suppression of Piracy and other Maritime Offences Act” aims to ensure safe and secure shipping at sea, prosecute infractions and criminalise piracy. With the law, Nigeria officially became the first country in the Gulf of Guinea to promulgate a standalone law to fight piracy. The law fulfils the international requirement for a separate legislation against piracy set by the IMO, as to ensure global shipping, but government agencies are yet to bring the power of the law to bear, despite growing incidences and soaring war risk surcharges placed on cargoes destined for Nigerian ports.

Some of the provisions of the act include a distinct definition of piracy and other maritime offences/unlawful acts; punishment upon conviction for maritime crimes; restitution to owners of violated maritime assets or forfeiture of proceeds of maritime crime to the federal government; and establishment of a Piracy and Maritime Offences Fund with prescribed sources of funding that will be utilised in the implementation of the act.

The new law also vests exclusive jurisdiction for the determination of matters under the act in the Federal High Court. It empowers relevant authorities mentioned under the act to seize vessels or aircraft used for maritime crimes anywhere in Nigeria and in international waters or in the jurisdiction of any country where the ship is reasonably believed to be a pirate-controlled ship or aircraft.

Idohor said even though the anti-piracy law is only a Nigerian law, the country must enlist the support of neighbouring countries to aid the Navy, NIMASA and other agencies fighting crime in the waters.

“The IMO allows for countries to have anti-piracy laws and as it stands now, I think it’s only Nigeria that has the law. However, the country needs to discuss at this conference how our neighbouring countries can help to get results. Sea crime, sea business, anything sea is international. The Gulf of Guinea we so talk about is not a Nigerian territory. Then other countries must also make their anti-piracy laws,” he said.

The Organisation of Petroleum Exporting Countries (OPEC) recently lauded the Nigerian government for accepting to host the Global Maritime Security conference stressing that the conference will go a long way to address concerns of security of the maritime domain of the entire Gulf of Guinea.

Mohammed Sanusi Barkindo, secretary-general of OPEC in a statement, noted that the Gulf of Guinea is strategic to the stability of oil production globally.

“The Gulf of Guinea is a major shipping route and any infraction in the area is largely felt beyond the region. This conference is timely in bringing together the relevant and critical stakeholders to allow them to discuss in a constructive manner what concerted action could be undertaken to ensure the sustainable use and long term security of this important and strategic body of ocean,” Barkindo said in a statement to the conference’s organising committee.

The OPEC boss also said that the conference would create renewed confidence in investment in the oil and gas sector in the Gulf of Guinea, thus having “a multiplier effect of addressing the challenges associated with the sector globally.”

Over 80 countries to attend event

Meanwhile Dakuku Peterside, chairman of the Association of African Maritime Administration, AAMA, has confirmed the participation of over 80 countries at the GMSC 2019 in Abuja Nigeria.

While speaking at a workshop organised by the International Chamber of Shipping, Dakuku said the conference provides the platform for stakeholders of all shades to brainstorm and collectively find a solution to resolve the challenges of maritime insecurity in the Gulf of Guinea.

Dakuku, who is also the director-general of the Nigerian Maritime Administration and Safety Agency, NIMASA, assured participants of a successful event in Nigeria. The agency said key players in the global oil and gas, as well as shipping businesses, praised the initiative at a maritime security meeting in London chaired by the International Maritime Organisation (IMO), and pledged their support.

The agreement was reached at an IMO-sponsored Maritime Security and Facilitation (MSF) meeting, which had in attendance officials of the United Nations specialised maritime regulatory agency, led by the Secretary-General, Kitack Lim; the management of NIMASA led by Dakuku Peterside, its director-general; representatives of OCIMF, INTERTANKO, ICS, INTERCARGO, Baltic and International Maritime Council (BIMCO), and President of Chevron Worldwide, Mark Ross.

Kitack Lim, secretary general of IMO commented of the conference, “We at the IMO are very much interested. It’s gladdening to note that something is being done about the issue of security in the Gulf of Guinea. Something is happening much more than ever before. We want to cruise together. I think we can make a big difference with collaboration from all stakeholders. The global maritime security conference in Abuja is also very important. It is a ground-breaking conference to chart a way forward for securing the Gulf of Guinea. IMO will actively participate.”