With global economies still battling with the negative fall out of the coronavirus pandemic, fresh reports have emerged that, Toyota coming six years after retained its crown as the world’s top-selling car company in 2021, having overcome a chip shortage and supply chain woes to beat Volkswagen for a second straight year. 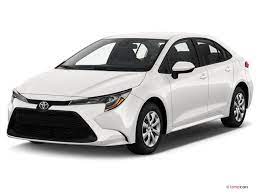 The Japanese auto giant said it sold nearly 10.5 million vehicles in 2021, a jump of about 10 percent from 2020, including units made by its Daihatsu and Hino subsidiaries.

German rival Volkswagen, which Toyota overtook last year to reclaim the top spot for global sales, said earlier this month that it had shifted 8.9 million vehicles in 2021, down 4.5 percent on-year as the chip shortage squeezed sales.

It was a similar scenario in South Africa, where Toyota achieved an overall market share of 25.4 percent last year. The company sold a total of 117 659 units, including 36 085 Hilux bakkies. The Toyota Hiace came second with 15 699 sales while the Starlet was the company’s third most popular vehicle with 12 103 sales.

However, Volkswagen led the passenger car race in SA, with it and its Audi brand commanding a 22.3 percent market share. The group sold a total of 71 577 vehicles locally.

In 2021, “the effects of the spread of Covid-19 were less severe than in 2020,” Toyota said in a statement. “As a result, both global sales and production were up year-on-year.”

Despite its sales triumph, Toyota has been hit by the global semiconductor shortage that is plaguing major carmakers worldwide as well as virus-related supply chain disruption.

“In December 2021, global sales were down year-on-year due to ongoing effects from the parts supply shortage caused by the spread of Covid-19 in Southeast Asia and by insufficient semiconductor supplies,” the Japanese group said.

“The outlook for both Covid-19 and parts supply trends remain uncertain, and we will continue to make every effort to minimize the impact.”

In 2020, Toyota sold 9.5 million vehicles around the world, overtaking Volkswagen’s 9.3 million. The last time Toyota held the top spot was in 2015, with Volkswagen edging it out in the following years.