President Donald Trump has ordered a crackdown on counterfeit products on third-party online marketplaces, asking for more information on how the United States can better track and curb such sales. 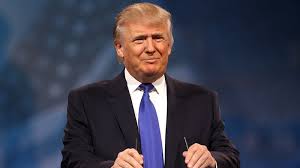 In a memo signed by the U.S. president, he said that the value of global trade in counterfeit and pirated goods may rise to half a trillion dollars a year, with about 20 percent of this trade infringing upon U.S. intellectual property.

“The president has decided it is time to clean up this Wild West of counterfeiting and trafficking,” White House economic adviser Peter Navarro said on a conference call with reporters.

Though the memo did not identify specific companies by name, companies including Amazon.com Inc, eBay Inc and China’s Alibaba Group Holding Ltd have policies that ban counterfeit goods and have pointed to their investments in programs to keep fakes off their platforms.

“Amazon invests heavily in proactive measures to prevent counterfeit goods from ever reaching our stores. In 2018 alone, we spent over $400M fighting counterfeits, fraud, and other forms of abuse,” an Amazon spokesperson said.

Alibaba said in a statement that it welcomes the initiative “and the attention it brings to the global fight against counterfeiting.”

“Alibaba has developed best-in-class systems to protect IP and battle the scourge of counterfeiting,” the company said. “We look forward to further advancing the working relationship and cooperation that we have with the U.S. federal agencies mentioned in today’s order, as well as with our global commerce peers.”

The move comes as Trump and his economic advisers are locked in trade talks with China that the president says aim to reduce the theft of U.S. intellectual property.

The order requires the Homeland Security Department, together with the departments of Commerce and Justice, to provide recommendations in 210 days on how to address the problem through better monitoring and enforcement, Navarro said.