Once seen as a laggard in the global mining industry, U.S. copper deposits have quietly drawn more than $1.1 billion in investments from small and large miners alike as Tesla and other electric carmakers scramble for more of the red metal. 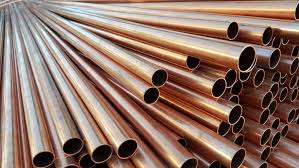 to open by next year – the first to come online in more than a decade – with several mine expansions also underway across the country, home to the world’s fifth-largest copper reserves, according to the U.S. Geological Survey.

The rising popularity of electric vehicles – which use twice as much copper as internal combustion engines – and increasingly pro-mining policies in the U.S. while other nations exert greater control over their mineral deposits are fueling the spending, according to mining executives and investors.

“Fifteen years ago, U.S. mining was thought to be a dead industry, but now it’s a profitable area for us,” said Richard Adkerson, chief executive of Freeport-McMoran Inc.

The Phoenix-based miner, which last month relinquished majority control of the world’s second-largest copper mine under pressure from the Indonesian government even though it will remain the project’s operator, is set to open a $850 million expansion of one of its Arizona copper mines next year.

“The U.S. is really the core for our future growth,” Adkerson said. The U.S. is home to half of Freeport’s reserves.

The buildouts are expected to boost U.S. copper production by at least 8 percent in the next four years, according to data from the International Copper Study Group and DBS, with Nevada Copper Corp, Taseko Mines Ltd, THEMAC Resources Group Ltd and Excelsior Mining Corp aiming to open copper mines by the end of 2020.

The development trend has gone largely under the radar, with copper industry customers like Tesla Inc rather than miners themselves – grabbing the headlines. But that is slowly changing.

The prospect of a copper boom in the U.S., where the Trump administration is pushing for mining permit approvals to be approved five times faster and where resource nationalism fears are largely absent, is starting to draw major institutional investors.

Industry analysts recommend investors buy shares of companies building new U.S. copper mines, a marked change from just 12 months ago when most recommendations were to hold.

Four analysts, for instance, advise buying Taseko shares; none did a year ago. These analysts also have set price targets for the miners at more than double current trading levels, according to Refinitiv data.