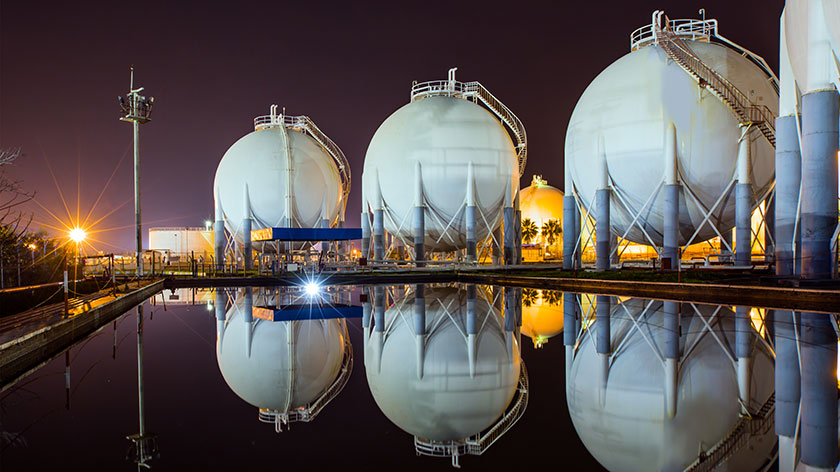 U.S. natural gas prices have jumped to their highest in nine months as forecast cold weather across much of the country has renewed traders concerns of the risks posed by low gas inventories going into winter.
Natural gas futures prices for gas delivered in December have jumped to almost $3.57 per million British thermal units from just $3.19 on Oct. 30 and just $3.00 on Sept. 28.
Gas stocks have fallen well below the five-year range since the summer and are now at the lowest level for the time of year since 2003, according to data compiled by the U.S. Energy Information Administration.
Until the past few days, traders appeared unconcerned about low inventories because output is growing rapidly and the development of El Nino over the Pacific should lead to a warm winter over the northern part of the country.
But the much colder than normal temperatures forecast across much of the United States in the next fortnight are a reminder that El Niño is not the only influence on weather and heating demand.
Even if the coming winter proves warmer than average, there is still scope for extensive and extended cold periods that could put further pressure on gas stocks.
Higher gas prices will encourage owners of gas-fired power generators to run them for fewer hours in the next few weeks to conserve scarce gas stocks, while coal-fired power plants are likely to run more.
Working gas stocks in underground storage were reported at 3,143 billion cubic feet on Oct. 26, some 17 percent lower than the 3,766 bcf at the same point last year.
Heating demand has been running close to or slightly below the long-term seasonal average so far during the current heating season which started on July 1.
But the forecasts for much colder than normal weather over the next two weeks will push cumulative heating demand far above the seasonal norm.
Businessamlive Website Stats