UK steel manufacturers have called for a reduction in electricity charges after it was revealed that its price gulf reached more than a quarter of a billion pounds higher compared to Germany, France and other European competitors.

According to a report by industry officials, UK steel manufacturers have paid 25 per cent more for their electricity than European competitors over the past five years. 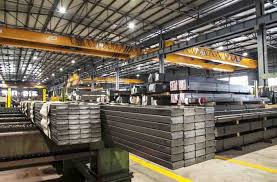 Stace added that electricity is one of the biggest costs for the steel industry and the cost incurred by steel manufacturers undermines competitiveness, hindering ability to invest as they are consistently forced to pay significantly more than their closest competitors.

“This year, the disparity has cost the UK steel industry £54 million – that’s another £54 million which should have been invested in the sector, modernising and making it more competitive, on top of the £200 million of additional costs already incurred since 2016,” he added.

Roy Rickhuss, Community Steelworkers’ Union general secretary said the high cost of production has cost over a quarter of a billion pounds in the last five years.

He noted that this has resulted in more worries for the UK steel sector as the dumping of cheap steel from outside the European Union is fast becoming a normalcy.

A British Steel spokesman who also voiced his frustration about the situation said steel manufacturers are investing heavily in new technology in order to reduce emissions, support clean growth and protect and create new jobs.

He noted that for the steel industry to remain competitive and sustainable, the UK Government needs to close the gap by reducing electricity charges imposed on the manufacturers.

“Steel is vital to modern economies and over the coming decades global demand is expected to grow to meet rising social and economic needs. It’s the world’s most recycled material and our products can play a central role in transitioning to a low-carbon, circular economy. We can also play a significant role in the economic recovery of the UK. A reduction in electricity charges will enable us to make an even greater contribution by allowing us to further invest in our people and our operations,” he added.

The UK, according to data analysis, produces 7.2 million tonnes of steel a year, 71 per cent of the island nation’s demand. The industry is also responsible for the direct employment of over 30,000 UK residents.

Why Petroleum Industry Bill needs to be passed by mid-2020, highlights Timipre Sylva

Friesland, Nestle, Promasidor, 3 others get CBN licence to import milk