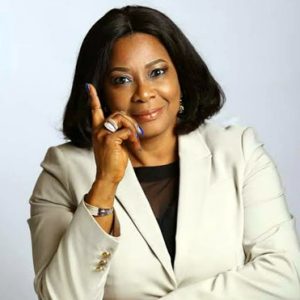 The empowerment, according to the chairperson, House Committee on Diaspora, is part of her efforts to ensure fulfilment of her campaign promises of worthy laws, provision of social amenities, good roads, education, empowerment, employment and power, in the constituency through programmes centred on promoting self-dependency within the communities.

The lawmaker, who was unavoidably absent due to her attendance of the joint committee retreat on INEC and electoral matters in Abuja, was represented by Kunle Fadiran, a senior aide, who presented her statement of stewardship in January to members of the constituency.

She advised the beneficiaries of the cosmetology programme to stay focused, consistently apply the knowledge acquired during the training and judiciously make use of the start-up funding provided to them towards self-development and building a sustainable future.

She further stated that the development of her constituency remains a key priority, noting that the motions and the bills moved by her on the floor of the Federal House of Representatives have received acceptance and massive support.

“As the chairperson, Diaspora Matters at the House, I will continue to fight against the sufferings of Nigerians abroad, citing human trafficking and the case of Suliamon imprisoned on death row in Saudi Arabia. My position is well known on this, even on the floor of the National Assembly. The move to ensure Nigerians are respected anywhere they are in the world is quite paramount,” she added, reiterating her commitment to the enactment of the Diaspora Voting Bill so that Nigerians in the diaspora can play an active part in elections in Nigeria to deepen confidence in the nation and commitment to economic collaborations at home.

As an indication of her commitment and achievements in January, the statement listed three newly installed transformers in three communities for January 2021 including; Orelope Isale-Afla General Community, Papa Eleye Community, Irepodun Community, Orike Anu, all within her constituency, with nine more on-going installations to be announced.

The lawmaker promised to continue in her efforts to make Oluyole the pride and joy of her people.