American Express, MasterCard, Diners Club and Visa saw the usage of their cards issued in the Middle East and Africa (MEA) generate $1.231 trillion from the buying of goods and services, loans and money withdrawal in 2019, a study by Nilson Report on household debts and credit cards in the United States through the usage of credit, debit and pre-loaded cards has revealed. 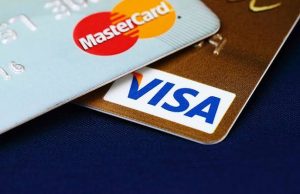 However, the purchase volume market share for Visa cards decreased 19 basis points to 57.43 per cent. MasterCard expanded three basis points (3bps) to 38.95 per cent. American Express also recorded a decline by 8bps to 2.26 per cent, and Diners Club market share slid 5bps to 1.36 per cent.

Total purchase transactions for products and services attached to American Express, Diners Club, MasterCard, and Visa cards issued in the Middle East and Africa arrived at 10.40 billion in 2019, an expansion of 31.2 per cent over the previous year.  Meanwhile, Visa and MasterCard cards created a consolidated 10.27 billion in purchase transactions. This represents 98.75 per cent of all purchases initiated by global brand cards issued within the area.

Also, a combined credit, debit and prepaid global brand cards in circulation in the Middle East and Africa region reached 385.7 million as at December 31, 2019, up 14.6 per cent versus December 31, 2018. Though, Visa and MasterCard cards accounted for 99.44 per cent of the total.