If walking the talk is all that is needed in politics, then Ghana, Ghana’s current trade and industries minister, should have been declared winner of the ruling New Patriotic Party’s (NPP) presidential primaries long before the party goes to the polls next year. But, due to party regulations, he must go through the process.

With others campaigning to win the hearts of party faithful, he has adopted a very simple style, to allow his work to speak for him. This is different from what is happening in Nigeria where prospective presidential candidates are flaunting their paper qualifications. In fact, Mr Kyerematen, who recent polls show is leading the pack, is fighting all the odds that are stacked against him, including contesting the incumbent Vice-President, Dr. Mahamudu Bawumia. But, he is not daunted.

It isn’t that he does not have the paper qualifications, academically; he is well grounded, an economist and a qualified lawyer who took to investing his life in building businesses from his days with Empretech, an organisation that assisted in developing the capacity of businesses and their owners. Thus, long before he became a minister of trade, first under President John Agyekum Kufuor, he knew what to do to build sound businesses.

Against all the odds, Mr Kyerematen is not daunted and is not showing any sign of facing an enormous task. Rather, his work which has been silently changing the face of Ghana’s industrialization over the past six years is speaking for him. And he is winning people over, though he has yet to officially declare his intentions to replace the incumbent President, Nana Addo Dankwa Akufo-Addo.

Opposition activists are even wondering how come with such a giant, the ruling NPP is still bent on holding its primaries. But that is what the party’s laws say and there can be no deviation. However, some political analysts say the party should simply hand pick the man who has proven to be a doer and not a talker. For the ordinary party members he is their man who should be the next President because he has what it takes to improve the economy to provide jobs and literally “put money in the pockets of Ghanaians” which has become his mantra.

The opposition National Democratic Congress will not want to see his name on the ballot as the NPP Presidential candidate because of his charisma and the way he has run the ministry over the past six years. Keen analysts of the ministry that he superintends, however say, what is going on there shows that the country is on a mission to industrialise given the fact that countries that have achieved economic growth and transformation on a significant scale over the years, have done so on the back of industrialization.

Mr Kyerematen long recognized this and has taken steps to put in place industries that will help create significant job opportunities and reduce poverty. For this reason, since taking over the ministry, he has launched a ten-point plan for industrial transformation with a strategic objective of making Ghana the new manufacturing hub for Africa.

This includes the repositioning of Small and Medium Enterprises (SMEs) in different sectors of the economy focusing on those with high growth potential. In addition, he put in place a plan to use industrial subcontracting, which is a scheme that directly links SMEs to the supply chain of large-scale enterprises.

The whole industrialisation programme was part of an ambitious One District One Factory (1D1F) concept which sought to address the challenge of severe poverty and underdevelopment among rural and peri-urban communities, through the establishment of manufacturing enterprises by private sector operators in the country’s 260 administrative districts.

The 1D1F was established with the strategic objective of creating massive employment opportunities particularly for the youth thereby improving income levels and standards of living in rural and peri-urban communities. For Mr Kyerematen, this will help to reduce rural-urban migration and help decongest the cities. 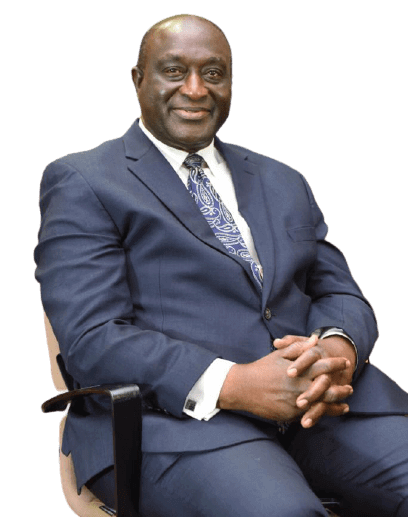 Another angle to the 1D1F initiative was to add value to the natural resource endowment of each district and exploit its economic potential based on the comparative advantage of the district. In addition, it will help to decentralise industrial development, ensure even and spatial spread of industries as well as stimulate economic activity in different parts of the country.

Market watchers say the success of the 1D1F has enhanced the production of local substitutes for imported goods to help conserve scarce foreign exchange. Currently, the country’s currency, the Cedi, has been weakened against the US Dollar and, therefore, this is a very clever way of promoting exports to increase foreign exchange earnings and strengthen the Cedi.

It is not every company that is considered for the 1D1F. There are clear cut criteria, and these include privately owned companies that receive active government support. This assistance is in the form of fiscal and non-fiscal incentives, technical assistance, and extension of infrastructural facilities, including electricity, water, and access roads.

Those districts that have the capacity could have more than one enterprise or company if there were more promoters interested in a particular district, as a result of the different natural resource endowments of the district. Mr Kyerematen also proposed that, in selected cases, the government could partner a strategic investor under a Public Private Partnership (PPP) arrangement to establish a commercial enterprise under the 1D1F initiative.

Where the government had an interest in a 1D1F project, the goal was to offload its interest over time to the private sector. Mr Kyerematen has also put in place a plan to ensure that, each 1D1F company is supported by a District Implementation Support Team, made up of representatives from the District Assembly, MOTI, Ghana Enterprises Agency, selected Regulatory Agencies and the Traditional Authorities in the specific district.

The type of assistance available to these 1D1F companies include tax incentives – a waiver on duties and levies on imported plant, machinery and equipment, as well as raw materials. Some of them that have already been set up have a corporate tax holiday of up to five years. There are also interest subsidies for loans granted to 1D1F companies by participating financial institutions. Enterprises require technical assistance, and this is being provided free of charge to 1D1F companies by experienced consultants recruited by the ministry.

So far, Mr Kyerematen has plans for 278 projects out of which 58 are factories owned by Organised Youth Groups and five owned by Farmer Based Groups. He has also set in motion, what he calls the strategic anchor initiatives which are automobile manufacturing plants, and this has seen Volkswagen setting up a plant, which has already assembled 1,250 VW vehicles made up of Tiguan, Teramont, Amarok, Passat, Polo and Caddy, as at the end of 2021.

The Toyota Tsusho Manufacturing Company followed and had its plant commissioned in June 2021 to assemble Toyota and Suzuki brands of vehicles under the Ghana Automotive Development Programme. A total of 275 Toyota and Suzuki vehicles had been assembled by the end of the year 2021.