Paracetamol is one of the few pharmaceutical drugs widely used all over the world. As an analgesic, it is used to relieve mild to moderate pain from a headache, toothache, cold, flu, joint pain, and menstrual period pain. It also acts as an antipyretic, reducing fever by lowering the body’s temperature. While there are oral suspension, capsules and tablets forms of the drug, the tablets forms are mostly recommended by doctors, and hence patronized. The usual dose of paracetamol in tablet form is one or two 500mg tablets at a time, and generally it should be safe to take it during pregnancy and breastfeeding, at prescribed dosage. However, paracetamol should not be taken with medicines that contain paracetamol, so as to avoid the risk of overdosing, but is safe with other types of painkillers that do not contain paracetamol such as ibuprofen and aspirin. In Nigeria, there are many brands of paracetamol, and while there are only a few studies regarding the quality of paracetamol produced in the country. There seems to be a counter increase in the number and frequency of complaints from consumers on side effects encountered in using some of these brands. Under normal circumstances, paracetamol should be an effective pain reliever with low risk of side effects. There is also the problem of counterfeiting with many brands of paracetamol. This article brings to light some common brands in the market and provides information about each of them, with the intention of helping consumers better decide which is most suitable for them. 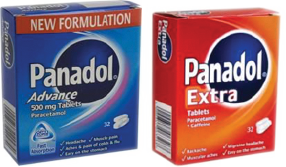 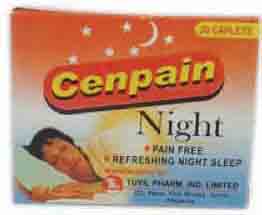