By Chuku Wachuku
Chuku Wachuku, a  US-educated Nigerian economist and specialist in entrepreneurship development & MSMEs, was a Director-General of  National Directorate of Employment (NDE) and National President of Nigerian Association of Small Scale Industrialists (NASSI). He is the President of AIEN and can be reached at president@aiennigeria.org and +2348020824716 (WhatsApp only).
With our population growth of 2.34 percent per annum, the World Bank’s estimation by 2030 puts Nigeria’s population at 263 million people, of which 150 million will be below the age of 25.  Also, if the average real GDP growth rate of 2.15 percent per annum persists, it will result in a negative average annual growth of GDP per capita.
The consequences of this with regards to the youths, according to World Bank’s projections, could see their mean disposable income decrease by approximately nine percent between 2018 and 2030, or worse if other debilitating factors occur.
The broader consequences are:
Extreme poverty in the country is increasing by nearly six people every minute. Even if it improves to ~3 people every minute by 2030, the World Bank estimates the population living in extreme poverty will increase from 44.2 percent to 45.5 percent, representing a total of some 120 million people living under N 1,045 ($1.90) per day.
Agriculture and to some extent, the real sector, had received a massive boost from this present administration’s drive to reduce poverty levels, generate employment and increase our GDP, yet agriculture’s contribution to Nigeria’s GDP is ~24.7 percent (over the last eight quarters) and is decreasing. 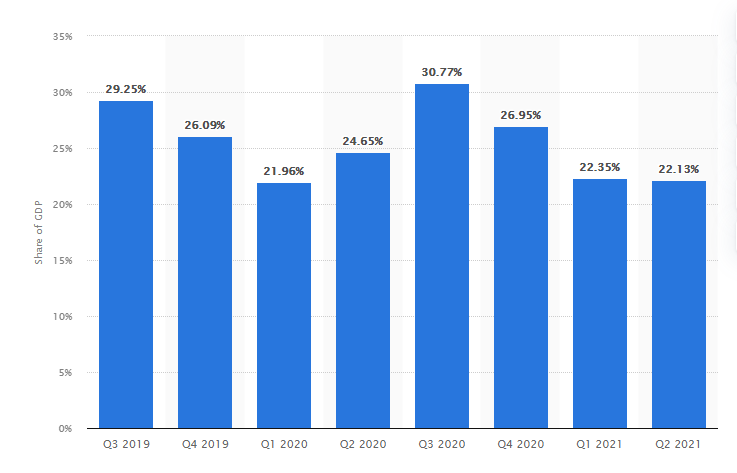 Over the years, we have consistently called for increased funding and support by the Federal Government for MSMEs and that had been addressed through the following intervention schemes:

However, the increasing worrying question is – where is the impact? Unemployment is growing; inflation is rising; the Average Food Price Index is on the rise, while poverty level increases, too. So, where exactly is this impact?
Under the Commercial Agriculture Credit Scheme (CACS) the total sum released to the economy, under the Scheme from inception in 2009 to 2020, stood at N 610.43 billion in respect of 593 projects. As of October 20, 2019, only fifty-two (52) projects repaid the sum of N 4.49 billion. Of the fifty-two (52) projects, forty-nine (49) projects were periodical repayments and three (3) projects were one-lump full repayments. The repayment of N4.49 billion brought the cumulative repayment under CACS from inception in 2009 to only N376.26 billion, thereby having a deficit repayment of N234.17 billion.
When one divides N610.43 billion of the scheme’s exposure to 593 projects, it gives an average sum of N1.03 billion per project – these are not loans to the micro sub-sector of the MSME. Also, when you do the same with the repayment total as of October 2019, one gets an average of N86.4 million per project repayment with a deficit of N943.6 million each. For a country ranked 97th of 113 in the global food insecurity index, this is not good.
Little wonder, we are being inundated with International social entrepreneurs offering micro-credits to farmers due to the massive gap caused by the FG’s intervention schemes disbursement and recovery strategies, thereby making profits out of these deficiencies.
AIEN refers to clustering as a group of smallholder farmers collaborating on group-buying for input requirements, joint-selling to same buyers, and sharing of implements, whilst an ecosystem further contributes to such successful cluster formation. This approach will involve a large segment of Nigeria’s farming population, and also the non-farmers segment operating as agricultural entrepreneurs, or agropreneurs, and exploiting the vast opportunities available in the sector. This remains a proven method to drive economic growth via agriculture.
With the benefit of aggregation, the clusters will attain economies of scale. This makes the agro-produce production cost lower and ultimately contributes to greater profitability and sustainability of these enterprises. However, the most pertinent point is that these enterprises must be private sector-led, and then supported by the government, not the other way around.
As Nigeria has 70.8 million hectares of agriculture land area; through clustering, agriculture will create more full-time job opportunities, especially in the rural areas where all clusters that will be supported are located, creating and fostering new economies and communities that would utilize and improve upon the skills sets of our tertiary trained agronomists and the subsistence farmers.
_______________________________________________________________________________________________________________
Businessamlive Website Stats