The World Bank Group has projected that Nigeria’s economic growth will moderate at 1.8 per cent in 2021 and climb to 2.1 per cent in 2022 on the back of higher oil prices, gradual implementation of structural reforms in the oil sector, and a market-based flexible exchange rate management. 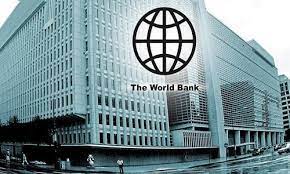 The Bretton Woods financial institution, in its recently released Global Economic prospects, June 2021 issue, stated that output in Nigeria is not expected to return to its 2019 level until the end of 2022 as the expected pickup is also predicated on continued vaccinations in the second half of this year and a gradual relaxation of COVID-related restrictions that will allow activity to improve.

Also, the bank forecast that growth is expected to resume in the sub-Saharan African region in 2021 to 2.8 percent and 3.3 percent a year later, stating that the expected recovery is underpinned by stronger external demand from the region’s trading partners who are mainly China and the United States, higher commodity prices, and better containment of COVID-19.

According to the report, the sub-Saharan African region will record the second-slowest growth in 2021 among emerging market and developing economy (EMDE) regions irrespective of the projected rebound. It stated that the slow-paced growth will be driven by procurement and logistical challenges in securing the COVAX facility, policy uncertainty and the lingering negative effects of COVID-19.

“Output in sub-Saharan Africa (SSA) is expected to expand a modest 2.8 per cent in 2021, and 3.3 per cent next year. Positive spillovers from strengthening global activity, better international control of COVID-19, and strong domestic activity in agricultural commodity exporters are expected to gradually help lift growth. Nonetheless, the recovery is envisioned to remain fragile, given the legacies of the pandemic and the slow pace of vaccinations in the region.

“In a region where tens of millions more people are estimated to have slipped into extreme poverty because of COVID-19, per capita income growth is set to remain feeble, averaging 0.4 per cent a year in 2021-22, reversing only a small part of last year’s loss. Risks to the outlook are tilted to the downside, and include lingering procurement and logistical impediments to vaccinations, further increases in food prices that could worsen food insecurity, rising internal tensions and conflicts, and deeper-than-expected long-term damage from the pandemic,” World Bank noted.

Meanwhile, the bank highlighted that the risks to the forecasts are tilted to the downside as some countries such as Ghana, Nigeria and South Africa, in SSA have invested in upgrades to national vaccine distribution systems. Nevertheless, it said that persistent procurement and logistical hurdles in many other countries could delay wide-scale vaccinations more severely than assumed. Despite the strong scientific consensus that they are safe and effective, there is some skepticism about the vaccines among the public, with positive opinions of COVID-19 vaccines’ safety and efficacy.

Furthermore, it said oil prices could fall, owing to continued weakness in global oil demand or a rapid increase in OPEC+ oil production, food insecurity remains a key risk, rising conflicts and insecurity could also weaken recoveries, and a sudden rise in sovereign borrowing costs could exacerbate fiscal pressures in some countries.

On the global scene, the World Bank forecasts the global economy is set to grow 5.6 per cent in 2021, an expansion believed to be the strongest across the globe in 80 years; it will be uneven and largely reflects sharp rebounds in some major economies such as the United States, owing to substantial fiscal support amid highly unequal vaccine access, while it is anticipated to grow 4.3 per cent in 2022.

According to the Global Economic Forecast, the World Bank noted that the strength of the near term recovery is, to a large extent, attributable to a few major economies, such as the United States and China. It stated that in many other economies, the pickup is projected to be less robust than previously envisioned, partly due to the continued spread of the virus and slow vaccine distribution. On aggregate, the global forecast has been upgraded as a result of the diminishing economic impact of subsequent waves of COVID-19, faster-than-expected pace of vaccination in many advanced economies, and additional fiscal relief in the United States.

Furthermore, growth in low-income countries (LICs) is projected to edge up after the sharpest growth slowdown in a generation last year. The outlook is particularly challenging in fragile and conflict-affected LICs, as the adverse effects of the pandemic are compounded by limited administrative capacity, widespread extreme poverty, natural disasters, and violence. Although per capita incomes are expected to recover somewhat in 2021-22, this will only partially reverse the COVID-related per capita income losses, leaving millions of people in extreme poverty.

Meanwhile, a key global challenge to the forecast will come from the vaccine deployment to end the COVID-19 pandemic which will require policymakers to bolster public trust in vaccine safety and work with the private sector to improve the production and distribution of vaccines. Although record-high public debt and fiscal deficit ratios among advanced economies do not pose an imminent threat given currently low-interest rates, there will soon be a need to rebuild fiscal space, among other key challenges.