The World Bank and International Monetary Fund (IMF) on Monday warned of a growing risk of global recession and said inflation remained a continuing problem after Russia’s invasion of Ukraine, CNBC Africa reports. 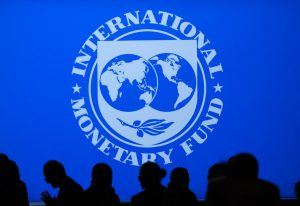 In a dialogue with the IMF at the start of the first in-person meetings of the two institutions since the COVID-19 pandemic, the World Bank said there is a risk and real danger of a world recession next year.

Kristalina Georgieva, IMF managing director, last week said the global lender would downgrade its forecast for 2.9 percent global growth in 2023 when it releases its World Economic Outlook on Tuesday, noting the shocks caused by the COVID-19 pandemic, Russia’s invasion of Ukraine and climate disasters on all continents.

She noted that the three major economies are experiencing a slowdown in economic activity – Europe, which has been hit hard by high natural gas prices; China, where housing volatility and COVID-19 disruptions are dragging down growth; and the United States, where interest rate hikes “are starting to bite”.

Georgieva said advanced economies needed to “get the big, scary danger of debt crisis under control” because it would affect all countries, not just those with high debt burdens.

“Not the rosy picture. But if we join forces, if we act together, we can reduce the pain that is ahead of us in 2023,” she said.

This week, the IMF said it will be advocating for central banks to continue their efforts to contain inflation, despite the negative impact on growth.

“If they don’t do enough, we are in trouble…. We cannot afford inflation to be a runaway train,” she said.

The IMF chief further recommended that fiscal measures should be “well targeted” to ensure they did not add more “fuel to the flames of inflation”.

Malpass, who came under fire last month for declining to say whether he accepts the scientific consensus on global warming, said the World Bank was working hard to free up more funds to address climate problems facing so many developing countries.

Georgieva said it was essential to increase collaboration with the private sector and leverage funds “on scale” to help meet the needs, citing that the world needs a staggering $3 trillion to $6 trillion to address climate change.