Global merchandise trade valued at $37.7 trillion as at 2019 is firmly leaving out Africa on the sidelines as the continent accounted for only 2.8 percent of world trade last year. The world trade volumes also leave Africa behind, with its overbearing informal trade put at 80 percent of total intra-continental trade, according to a report by Afreximbank.

The report titled: ‘The 2020 African Trade Report’, also reveals that intra-African trade is severely limited, accounting for just 14.4 percent of total African trade in 2019. This contrasts sharply with intra-continental trade elsewhere in the world, which reached 73 percent in Europe and 52 percent in Asia last year. Intra-African trade was worth just $147.8 billion last year, down from $156 billion in 2018. 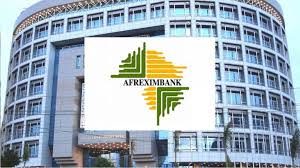 Afreximbank believes that informal trade could be brought into the mainstream to drive greater trade between African states as the African Continental Free Trade Agreement (AfCFTA) evolves. “Indeed, the 2020 African Trade Report takes ‘Informal Cross-Border Trade in Africa in the Context of the AfCFTA’ as its theme. AfCFTA offers an opportunity to integrate formal and informal trade activity to produce accurate cross-border trade statistics across Africa,” the pan-African multilateral trade bank said.

Informal cross-border trade in Africa is said to be widespread and organised, covering important commodities, such as grains, petroleum, coffee and edible oils. For example, more than 60 percent of total bean exports from Uganda to South Sudan are estimated to be informal. Meanwhile, the bank noted that high tariffs encourage smuggling.

For example, research has shown that a rice import tariff in excess of 40 percent makes smuggling more profitable than importing through official channels.

Petroleum products are widely traded informally in West Africa. The Nigerian national oil company, NNPC, estimates that 10 million litres of petrol a day were exported illicitly in the region in 2019, including from Nigeria to Benin Republic. In return, rice and palm oil that were originally imported from Asia dominate Benin’s unofficial exports to neighbouring states.

Nigeria, with very porous borders, is said to experience the highest cross-border informal trade. For instance, the Afreximbank trade report indicates that about 80 percent of imports into Benin Republic are destined for Nigeria.

Meanwhile, the World Bank estimates that informal re-exports to Nigeria account for about 20 percent of Benin Republic’s GDP. Nigeria has occasionally closed its borders with the West African neighbour in order to promote self-sufficiency in agricultural commodities.

Proponents of the AfCFTA believe strongly that the removal of tariffs and non-tariff barriers through implementation of the AfCFTA would see greater official trade between Africa’s surplus and deficit countries, and reduce levels of smuggling. The AfCFTA is slated to go live on the continent on January 1 next year. Till date, 32 countries have deposited their instruments of the AfCFTA ratification.

Meanwhile, a new report in the 2020 Africa trade report indicates that certain regions such as Southern Africa stand to benefit more than others when the AfCFTA takes off.