The board of underwriter, Lasaco Assurance plc has appointed Razzaq Abiodun as its new managing director and chief executive officer, following the retirement of Segun Balogun at the end of May, 2021. 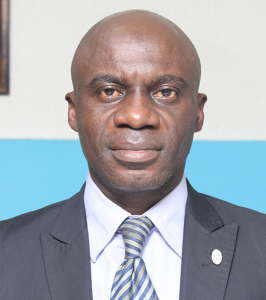 Gertrude Olutekunbi, company secretary of Lasaco Assurance, in a regulatory disclosure to the Nigerian Exchange (NGX), said the retirement of  Balogun as managing director became effective  from May 29, adding that the board appointed Abiodun as the acting managing director to oversee the business of the insurance firm based on his significant landmark in the insurance industry over the years.

“Lasaco Assurance Plc (the Company) wishes to inform the Nigerian Exchange Limited, its distinguished shareholders and the general public of the retirement of the company’s former managing director, Segun Balogun with effect from Saturday, 29th May, 2021.

“Consequently, the board of directors has approved the appointment of Razzaq Abiodun as the acting Managing Director/CEO. Razzaq Abiodun joined Lasaco Assurance Plc in 2O17 as executive director technical and later became deputy managing director technical.  The company has benefitted from his wealth of experience and exposure on insurance matters.”

Headline inflation to moderate further to 11% in July – FDC