Delegates to the 49th conference of body of federal and state auditors-general in Nigeria have identified the absence of an audit act, which will guarantee administrative and financial autonomy for the office of the Auditor-General for the Federation, and enhance its efficiency and effectiveness, as the most critical challenge currently facing audit institutions in the country. 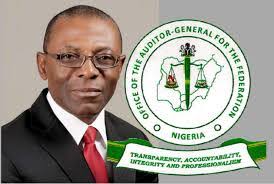 They pointed out that administrative and financial autonomy were two of three qualities required for a nation’s supreme audit institution to be truly independent, adding that  the third requirement is legal autonomy, which Section 85 of the 1999 Constitution, as amended, already provides.

Delivering a keynote address on the theme ‘Prospects and Challenges of the Audit Institutions in Today’s Nigeria’ to flag-off the Conference in Abuja, Anthony Ayine, the auditor-general for the federation, said inadequate independence of the supreme audit institution (SAI) in Nigeria, remained a  major challenge facing the body.

According to him, in order to reposition audit institutions, generally, to meet their constitutional mandates, it is imperative to ensure that the three-fold Audit Independence that will give the legal, administrative and financial autonomy is provided.

Other challenges highlighted by the auditor-general at the forum include, poor accounting environments, contending with the scourge of fraudulent activities/corruption in the public sector, poor or inadequate use of appropriate and modern technology by audit institutions, as well as lack of management capacity and proper appreciation of the key role of management responsibilities in the audited entities.

In addition, Ayine identifier the unbalanced media reporting of audit issues, very poor or unattractive remuneration of staff of Supreme Audit Institutions (SAIs) in the country and the absence of robust working relationship between SAIs in Nigeria and the Public Accounts Committees of the National and state assemblies as among challenges currently facing the body.

Abdu Usman Aliyu, the chairman of the Body of Federal and State Auditors-General, who is also the auditor-general for Bauchi State, while giving his welcome address, said the issue of autonomy for audit institutions remains an impediment to the growth of the body and ultimately hinders accountability and good governance in the country.

He said: “Although, many states in the federation are able to have their audit laws and some have even established Audit Service Commissions, we will appreciate it if the Audit Bill of the Office of the Auditor-General for Federation is signed into law so that states can just domesticate it.”

Aliyu further stressed that audit institutions cannot live up to their mandates if the willingness of the Executives and other stakeholders to accept and respond to external scrutiny of the management of public funds is lacking.

This is even as he charged auditors to continually adhere to the professional code of conduct guiding their operations at all times, conforming to best practices in order to promote the ideals of a Public Sector Audits.