Akinwumi  Adesina, president of African Development Bank (AfDB), told delegates at the opening ceremony of the Bank’s 2019 Annual Meetings in Malabo, Equitorial Guinea on Wednesday, to work toward the elimination of non-tariff barriers in order to achieve integrated growth in the African continent. 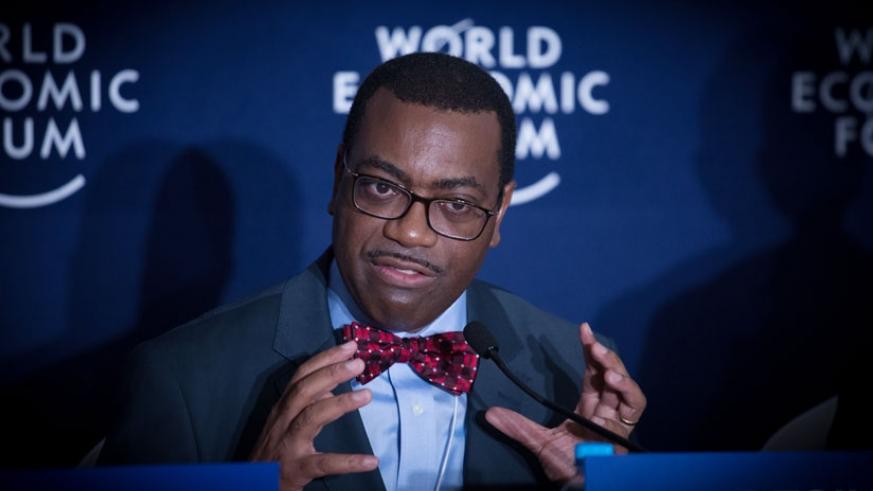 Adesina projected that  pulling down of non-tariff barriers alone, will
spur trade by at least 53%, and potentially double trade in the
continent.

While underscoring the urgent need to fast-track the continent’s
regional integration process in order to accelerate Africa’s economic
transformation, the AfDB boss, pointed out that “apart and divided,
Africa is weakened but that when the governments work together and
united, Africa will be unstoppable.”

Adesina disclosed that for every dollar invested by the bank over the
past years, the region had leveraged $36, representing an incredible
rate of return of 36 times.

He said: “There’s excitement in the air on Africa’s economic
opportunities, and those opportunities are boundless. The newly ratified Africa Continental Free Trade Area will make Africa the largest free trade zone in the world, with a combined GDP of over $3.3 trillion.”

In his opening speech at the meeting, President Obiang Nguema Mbasogo recalled that Equatorial Guinea, once one of the poorest countries in the world, had since been radically transformed with one of the highest per capita incomes on the continent.

“For me, development is not about per capita income, it is about
expanding the opportunities for the people to live a more dignified
life,” he asid.

“Equatorial Guinea is open for business. We are committed to regional
integration for shared prosperity. We count on the African Development Bank to help us achieve economic diversification and the consolidation of social equality”,  the President added.

Cesar Mba Abogo, host finance minister, said progress is the realisation
of utopia, adding that “This is a country of utopia in Africa, with
independence and the ability to control our own destiny. It seemed
impossible at first in the last century but it was done. Now our
utopia is regional integration.”

Regional integration is one of the Bank’s strategic High 5 agendas to
rapidly advance Africa’s economic transformation.

In the past several years, the AfDB has invested over $13 billion in the
central African region.

The Bank’s investments include the construction of the Central African
fibre optic network that connects the population with faster and less
expensive access to the Internet, and is boosting businesses and
regional integration.