An upbeat Africa Export-Import Bank (Afreximbank), main promoter and organiser of the intra-African trade fair, known as the IATF, believes Nigeria, Africa’s largest economy with a gross domestic product size of $445 billion, would reap more at the forthcoming second edition fair next year when it holds in Kigali, Rwanda. 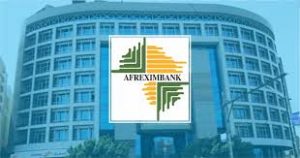 More goodies are clearly in the offing for the continent’s economic giant at IATF2020, he may add.

Oramah said the second continent-wide trade expo would generate in excess of $40 billion (N14.4 trillion at N360 to $1) in trade and investment deals.

The president of the pan-African multilateral financial institution said the Intra-African Trade Fair (IATF2020) is expect it to surpass the achievements of the inaugural trade fair held in Cairo, Egypt in 2018, by attracting 10,000 participants and generating intra-African trade and investment deals worth more than $40 billion.

Nigeria’s entry into AfCFTA, some analysts believe, has carefully emboldened the body into believing that it has finally gained the continent’s economic locomotive.

“Working with our esteemed partners, we will exceed the achievements of 2018,” Oramah said, describing IATF2018 as a resounding success, not in the colourful displays exhibited, but in the showcasing of diversity of tradable goods by about 1,100 exhibitors from 45 countries; and in the execution of deals worth about $32 billion.

“That trade fair resulted in a Nigerian technology company winning a $100-million contract to provide technology-based solutions to the South Sudanese government; an Egyptian company winning contracts in many African countries to supply and install energy generation and distribution equipment worth close to $1 billion; Egyptian and Tunisian companies signing a $50-million partnership deal to create a joint venture for assembling home appliances; and the signing of a $3-billion energy generation project between an Egyptian company and an African government, the largest-ever intra-African project executed exclusively by African entities, including financial institutions,” the Afreximbank boss said.

According to him: “The momentum created by the maiden IATF and the historic launch of the African Continental Free Trade Area (AfCFTA) will sustain the growth of cross-border trade and investments.”

Oramah, a professor, was speaking weekend at the formal launch of IATF2020 during the AfCFTA business forum 2019 held on the side-lines of the AU summit in Niamey. He told guests that the trade fair, scheduled for Kigali from September 1 to 7, 2020, would attract more than 1,100 exhibitors from over 55 countries.

According to Obi Emekekwue, head, communication and events at Afreximbank, the trade expo “will enable buyers and sellers, investors and countries to meet, discuss and conclude business deals, as well as provide an opportunity for exhibitors to showcase their goods and services and to engage in business-to-business exchanges.”

IATF2020 is being organized by Afreximbank, in collaboration with the African Union, and is hosted by the Government of Rwanda. The event partners are the African Development Bank (AfDB), United Nations Economic Commission for Africa (UN-ECA) represented by the Africa Trade Policy Centre; Afrochampions Initiative; Pan African Chamber of Commerce and Industry; World Trade Centre, Miami; Export Development Authority of Egypt; and International Islamic Trade Finance Corporation.