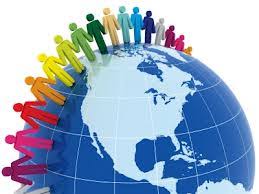 The sector has witnessed steady growth in interest from major global cloud service providers such as AWS, Microsoft and Huawei over the last five years, according to reports gleaned from African Business.

Meanwhile, the same data centre cost index suggests that South Africa, Nigeria and Kenya are well equipped to tap into the global market share of data centre investments, chiefly due to their low-cost base compared to other world markets.

The data centre cost index identified Johannesburg (South Africa) and Nairobi (Kenya) among the least ranked expensive cities for construction of data centres in an index topped by Zurich (Switzerland), Tokyo (Japan), and Silicon Valley (home to some of the largest technology corporations in the world in San Francisco Bay, USA).

Africa has been witnessing substantial investment trend in its data centre industry. A research carried out by Briter Bridges substantiated this new investment leaning. For example, in 2020 alone, the industry witnessed five major ISP and Data Centre deals worth north of £1 billion.

Actis, a leading investor of private capital into global emerging markets, announced that it had entered into agreements to acquire a controlling interest in South Africa’s Octotel, a fibre-to-home operator at a value of $140 million. Another significant move was made by the newly established US International Development Finance Corporation US-DFC, which in December (2020) announced a $300 million investment in the expansion of Africa Data Centres, the data storage arm of Johannesburg-based Liquid Telecom.