Nigeria, Africa’s biggest economy with a GDP size of over $475 billion, would require at least $4 billion annually to be able to provide universal access to sustainable renewable energy for its citizens, the minister of state for power, Goddy Jedy-Agba said at a UN hosted virtual global power sector players’ conference. 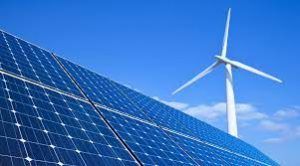 Agba said with the total removal of petrol subsidy by the current administration, renewable energy sources have become more cost-competitive.

Meanwhile, the UN secretary-general, Guterres, speaking at the access to sustainable renewable energy conference, said, African nations need to increasingly adopt renewable energy options, so as to relieve the pressure on their inefficient grid networks.

Guterres said the global body was ready to support Nigeria’s electricity sector, and that the organisation is presently supporting efforts to stabilise supply.

Nigeria is the world’s most populous black nation, with its population currently put at over 206 million. Its population would double to an estimated 402 million by 2050, according to the U.S. Census Bureau, going by its current population growth rate at 3.2 a year. In the same strength, the country has become the number one country in the world with the highest number of poor people – put at over 90 million.

All this translates to the fact that many more Nigerian citizens would require sustainable renewable energy for their domestic and commercial needs.

The minister of state for power noted at the UN conference that the Nigerian federal government led by President Muhammadu Buhari was working to address challenges that have impacted financing in the energy sector.

According to the minister, via a statement issued by his aide, the government desires to provide stable electricity to citizens via off-grid solutions.

“Our ambition is demonstrated by the recent removal of the fuel subsidy in Nigeria which now makes the off-grid sector more competitive, as well as the 5 million solar connections programme which was included in the COVID-19 recovery strategy and the Economic Sustainability Plan (ESP),” he said.

Agba also said that the energy sector had been constrained by financing, but the present administration has identified conflict areas and addressed these bottlenecks.

On its part, the African Development Bank (AfDB) through its president, Akunwumi Adesina, also stated that the continental multilateral financial institution is committed to supporting electricity development across the continent via public/private initiatives that enable supply stability.

He further said the bank would continually implement power sector-friendly policies that will lead to sustainable economic growth via increased manufacturing, industrialisation, and the informal sector’s growth. The AfDB president also stated the bank’s commitment to developing the continent’s electricity sector.