The new credit facility supports the development and implementation of infrastructure projects that enhance the continent’s economic, environmental, or social impact under AFC’s Establishment Agreement and Charter. It is expected to help close Africa’s infrastructure gap, positively impacting on the livelihood of surrounding communities, and supporting AFC in its endeavour to reduce the continent’s footprint as part of its dedicated climate resilience strategy.

The organisations, in a statement,noted that the transaction builds on a partnership with AFC that began in 2012 and has resulted in several loans from DEG, including a recent $170 million 12-year loan in 2021. It also recalled that Proparco, the private sector financing arm of Agence Française de Développement Group (AFD Group), provided AFC with a $50m senior credit line in the $170 million syndicated loan led by DEG.

Highlighting the strategic partnership with AFC, Petra Kotte, head of banking and German business at DEG, said the subsidiary of Germany’s state-owned KfW Group, is 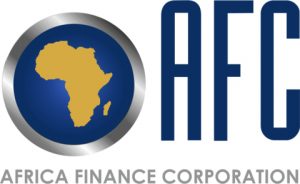 Pleased to have arranged the facility with its long-standing partner Proparco and thus cementing the excellent relationship with AFC.

Emmanuelle Riedel Drouin, Global head,lending operations,Proparco, in his remark expreseed Proparco’s delight at participating in the transaction arranged by DEG for the benefit of AFC, a key player in financing much-needed infrastructure in Africa, which remains one of the continent’s main challenges, notably in terms of access to clean energy and transport.

“AFC is also a member of the International Development Finance Club, chaired by AFD since 2017, and we commend its strong commitment to supporting climate resilient infrastructure and to accelerating the just transition in Africa, as evidenced during the COP27,” he said.

On his part,Banji Fehintola, senior director and head of treasury & financial institutions at AFC, said the strategic partnership with DEG and Proparco mobilises urgently needed capital to rebuild Africa with more resilient and sustainable infrastructure across critical sectors.

Fehintola also explained that AFC draws capital from a diverse range of international investors and lenders as part of its strategy to catalyse infrastructure financing and impact development in Africa,

“We appreciate the confidence that DEG and Proparco continue to demonstrate in us as a strategic partner and infrastructure solutions provider,” the AFC senior director added.