The United Kingdom’s inflation rate declined for the second consecutive month in December 2022 to 10.5 percent, but remained at one of the highest levels in 40 years as the cost of living crisis persisted. 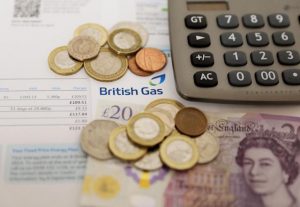 The UK’s  Office for National Statistics (ONS), in its monthly inflation report, said the annual inflation rate as measured by the consumer prices index  (CPI) dropped from 10.7 percent in November from the 41-year high of 11.1 percent in October to 10.5 per cent.

This, it emphasised, is the second time inflation would be declining in two months, despite forecasts of a recession in the country.

The report attributed  the drop in diesel prices in the country to the inflation. It added that the largest downward contribution to the change came from transport (particularly motor fuels), clothing and footwear, and recreation and culture, with rising prices in restaurants and hotels.

It, however, noted the largest upward contributors were seen in housing and household services (electricity, gas, and other fuels) and food and non-alcoholic beverages.

Food and non-alcoholic beverage prices, which recorded the largest upward movements, rose by 16.9 percent in the 12 months to December, slightly above the 16.5 percent recorded in November.

Speaking on the inflationary movement in the country, Grant Fitzner, ONS chief economist said: “Inflation eased slightly in December, although still at a very high level, with overall prices rising strongly during the last year as a whole.”

Fitzner noted that prices at the pump fell notably in December, with the cost of clothing also dropping back slightly.

The chief economist pointed out that the drop in diesel prices was offset by increases for coach and airfares as well as overnight hotel accommodation, while food prices continue to spike, with prices also rising in shops, cafes, and restaurants.