Africa’s economic growth is set to outperform the rest of the world over the next two years, with real gross domestic product (GDP) averaging around four percent in 2023 and 2024, according to the African Development Bank (AfDB) in its latest Africa’s Macroeconomic Performance and Outlook (MPO) report.

This is higher than projected global averages of 2.7 percent and 3.2 and percent.

The report which undertook a comprehensive regional growth analysis, showed that all the continent’s five regions remain resilient with a steady outlook for the medium-term, despite facing significant headwinds due to global socio-economic shocks. It also identified potential risks and called for robust monetary and fiscal measures, backed by structural policies, to address them.

The Macroeconomic Performance and Outlook report complements the bank’s existing annual African Economic Outlook report, which focuses on key emerging policy themes relevant to the continent’s development. It is released in the first and third quarters of each year.

According to the report, estimated average growth of real GDP in Africa slowed to 3.8 percent in 2022, from 4.8 percent in 2021, amid significant challenges following the Covid-19 shock and Russia’s invasion of Ukraine. Despite the economic slowdown, 53 of Africa’s 54 countries posted positive growth. All the five regions of the continent remain resilient with a steady outlook for the medium-term.

However, the MPO report sends a cautionary note on the outlook following current global and regional risks. These risks include soaring food and energy prices, tightening global financial conditions and the associated increase in domestic debt service costs. Climate change — with its damaging impact on domestic food supply and the potential risk of policy reversal in countries holding elections in 2023 — pose equally challenging threats.

Akinwumi Adesina, AfDB president, said during the report launch in Abidjan that the new report’s release came at a time when African economies, faced with significant headwinds, were proving their resilience. 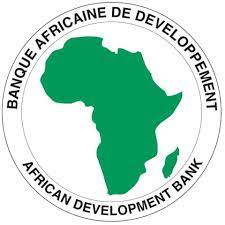 He stated that, despite the confluence of multiple shocks, growth across all five African regions was positive in 2022 — and the outlook for 2023–24 is projected to be stable.

Niale Kaba, Côte d’Ivoire’s minister of planning and development described the MPO report as an excellent opportunity for Africa and its global partners. “We need these regular updates to assess our countries’ macroeconomic performance and prospects. This reliable information will help decision-making and risk management for potential investors in Africa,” Kaba added.

At the launch, economist Jeffrey Sachs, director of the Centre for Sustainable Development at Columbia University commended the report, which he said showed that African economies were growing, and growing consistently.

Sachs, who is also United Nations Secretary-General Antonio Guterres’ Advocate for Sustainable Development Goals, said: “Africa can and will rise to growth of 7 percent or more per year consistently in the coming decades.  What we’ll see, building on the resiliency we see in this report, is a real acceleration of Africa’s sustainable development so that Africa will be the fast-growing part of the world economy. Africa is the place to invest.”

Though the MPO painted a positive picture for Africa in the next two years, the AfDB, however, warned that robust measures were needed to address the risk. These include a mix of monetary, fiscal, and structural policies such as: timely and aggressive monetary policy tightening in countries with acute inflation, and cautious policy tightening in countries where inflationary pressures are low. Coordination with fiscal policy will further strengthen the levers to ease inflationary pressures; enhancing resilience by boosting intra-Africa trade, especially in manufacturing products to cushion economies from volatile commodity prices.

Other policy actions are accelerating structural reforms to build tax administration capacity and investments in digitalization and e-governance to enhance transparency, reduce illicit financial flows, and scale up domestic resource mobilisation; improving institutional governance and enacting policies that can leverage the private sector financing, especially in climate-proof and pandemic-proof greenfield projects — and mobilising Africa’s resources for inclusive and sustainable development; and taking decisive action to reduce structural budget deficits and the accumulation of public debt in countries facing a high risk of debt distress or already in debt distress.