Trading was again mixed last week across the fixed income market as investors remained inclined on the buy-side in the OMO and Nigerian Treasury Bills segments, while remaining sell-side driven across the bonds segments of the market. A similar trading behaviour is already being predicted by market analysts for this week as the Debt Management Office’s bond auction takes centre stage. Similarly, they prefigure a repeat of last week’s trading pattern in the Nigerian Treasury Bills market as investors continue to react to rate cuts at the last auction. 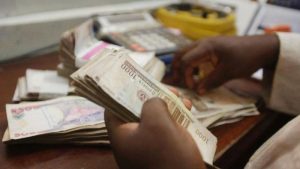 Meanwhile, tepid trading in the OMO market is anticipated given the currently constrained levels of system liquidity while the local currency is expected to stay unmoved across various windows of the foreign exchange market as the apex bank continues its inventions in the currency market.

FX Market: The Naira appreciated by N1.37 week on week at the Investors and Exporters FX Window to close at N410.38, while depreciating by N3.50 week on week to close at N506 against the dollar in the parallel market. Most market participants maintained bids at between N400 and N412.50 per dollar.