Maritime industry analysts and other stakeholders say another seaport in Warri, which the Federal Government plans to build at the cost of N288 billion, is unnecessary and amounts to waste of public fund. 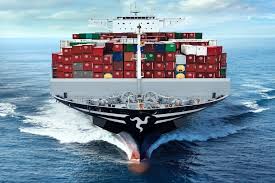 The maritime stakeholders said with three seaports situated at the Warri area and remaining largely unused, building another port smacks of improper planning and poor leadership and lack of touch about what the people want.

Rotimi Amaechi, minister of transportation, said on Thursday that the federal government is to build a new seaport in Warri, Delta State. The port, according to him, will be sited at Pessu and would cost $800 million (N288 billion).

Amaechi who disclosed this on the occasion of the empowerment programme for 1,700 women and youths with starter packs, micro-enterprise enhancement loan and resettlement packages under the National Directorate of Employment empowerment programme, called on the youths to ensure that the project is executed without issues.

He said, “We are building a brand new seaport in Pessu. It will cost $800 million. When you stop them from working you are losing such a huge investment where the entire community can be contractors, some can supply sand. There is also the Bonny Seaport coming up. The best thing to do is to allow the development; let the sea port project go on smoothly.”

But reacting to the report, a maritime analyst, Johnson Uloh, said another seaport in Warri is not necessary. He called on the federal government to jettison the plan and redirect the fund to reviving the Warri Port where business activities have remained at their lowest ebb.

He said, “Since the concession of terminals in Warri Port, the operators have not got any meaningful business. I think a better thing to do with such amount of public fund is to develop the Warri Port. Let the port be drege and let the Nigerian Port Authority be seen to have provided all it is required to do according to the agreements.”

“Why will a right thinking government build another seaport again in Warri when we have the Warri Port and Koko Port? We also have a port at Escravos for wet cargo. We keep hearing that the port in Warri is being utilised because it has a shallow draft. The government should dredge it and make it function to maximum, instead of building another one,” said Ifeanyi Nze, a maritime lawyer.

Ade Benjamin, an agro-allied products exporter said if government is bent on building another port in Warri, it should consider a deep seaport.

Meanwhile, the federal government has approved the sum of N1.7 billion for the Bonny Island Jetty construction in Rivers State.

The approval was announced after a Federal Executive Council Meeting (FEC) in Abuja in which Vice President Yemi Osinbajo presided.

Gbemisola Saraki, the minister of state for transportation, who briefed newsmen after the FEC meeting, explained that the memo for the approval of award of contract for the construction of jetty at Bonny Island in Rivers State was presented by her ministry.

She said, “This approval was sought and was duly given. Some years ago, we had a jetty at Bonny Island but it collapsed and now creating a huge problem for tug boats and pilotage. So, what happened is that the pilot’s lounge is actually in Bonny. So boats used to come all the way from Port Harcourt to pick up the pilots. It was advertised in late 2017 and today, the council gave approval in the tune of N1.7 billion and it will be completed in 15 months.’’