For Nigeria and Nigerians, year 2019 portends a very scary economic picture. The signs are ominous and are discernible across the length and breadth of the country.  For the optimistic few who tried to assuage their fear of the gravity of what lies ahead, the declaration by President Mohammadu Buhari that the economy was in a bad shape and that Nigerians must prepare for a difficult time ahead knocked out their elixir of hope.

The signs have always been ever present. After coming out from an economic recession that many believe could have been avoided, the drivers of economic growth have not been able to muster the right kind of speed and force to set the economy on the path of accelerated development.

In August 2018, the National Bureau of Statistics (NBS) said that the economy grew 1.5 percent in the second quarter of 2018, a downturn from 1.95 percent growth recorded in the first quarter and  2.11 percent year-on-year in the fourth quarter of 2017. The growth, NBS said, is N16.58 trillion in real terms. The NBS said the decline was due to the fact that the oil sector contracted by 3.95 percent compared to 14.77 percent growth in the first quarter and 3.53 percent year-on-year.

The World Bank in its “Global Economic Prospects Report” for sub-Saharan Africa released in April 2018, reviewed downward Nigeria’s growth rate from the projected 2.5 percent to 2.1 percent for 2018, as non-oil sector growth remains subdued due to low investment. The World Bank also reviewed downward Nigeria’s economic growth rate for 2019 to 1.9 percent, down from 2.8 percent.

The Economic Recovery and Growth Plan, ERGP, the government’s medium term economic blue print, had set a real GDP growth target of 4.62 percent on average over the plan period of 2017 – 2020, from an estimated contraction of 1.54 percent in 2016. Real GDP growth was projected to improve significantly to 2.19 percent in 2017, reaching seven percent at the end of the plan period.

However, in the April 2018 report, the World Bank stated: “In Nigeria, the economy is projected to grow 2.1 percent in 2018 and 1.9 percent in 2019 (up from 0.8 percent in 2017), reflecting improved oil prices, revenue, and production and recently introduced foreign exchange measures that contribute to better foreign exchange availability.” The report also indicated that Nigeria would be under-performing the sub-Sahara Africa group of economies which the World Bank projected would rise to 3.4 percent in 2018, up from 2.8 percent actual recorded in 2017, and improve slightly thereafter through the medium term to about 4.0 percent.

After a recession, economists say the right thing to do is to increase spending to revive and revamp the productive sectors of the economy.  Obadiah Mailafia, an economist and former deputy governor of the Central Bank of Nigeria, stressed the need to make all economic players play their role in job creation and building infrastructure. “We need to focus on mass infrastructure – railway, highways and so on. And we should do it in a way that it will employ a lot of young people. That will boost aggregate demand,” he said.

Ayo Teriba, another public facing Nigerian economist and CEO of Economic Associates, sees reserves building as an urgent task to stimulate growth.  His view is premised on the fact that the rate of foreign reserves is central to economic stability because it has direct bearing on inflation and exchange rate. “If we build up reserves, the naira will be stable. If the naira is stable, inflation will come down. If inflation comes down, interest rate can come down. The key variable for Nigeria today, either for GDP growth or government spending or interest rate or exchange rate is external reserve. Where the reserves head, the economy will head. If you push the reserve up, you push the economy up,” he explained.

Political economist and founder of Centre for Values in Leadership, Pat Utomi, outlines measures that should follow a nation’s exit from recession. He calls for focus on education, health and infrastructure which would translate into real human development.

According to him, Nigerians should not to be obsessed with whether the nation is still in or out of recession but rather interrogate whether the economy stimulates quality of life, employment, entrepreneurship and eradicates inequalities.

He warned the federal government to be wary of obsession to borrow just to stimulate the economy.

“But the real bottom line must be the measure of how to get up the quality of life of the citizens. Recently, the Human Development Index described Nigeria as being among the most miserable place to live on earth. That is what we should focus on as a people,” Utomi said.

He explained further thus: “Focus should be more on the social sector, like education and healthcare, because these are crit 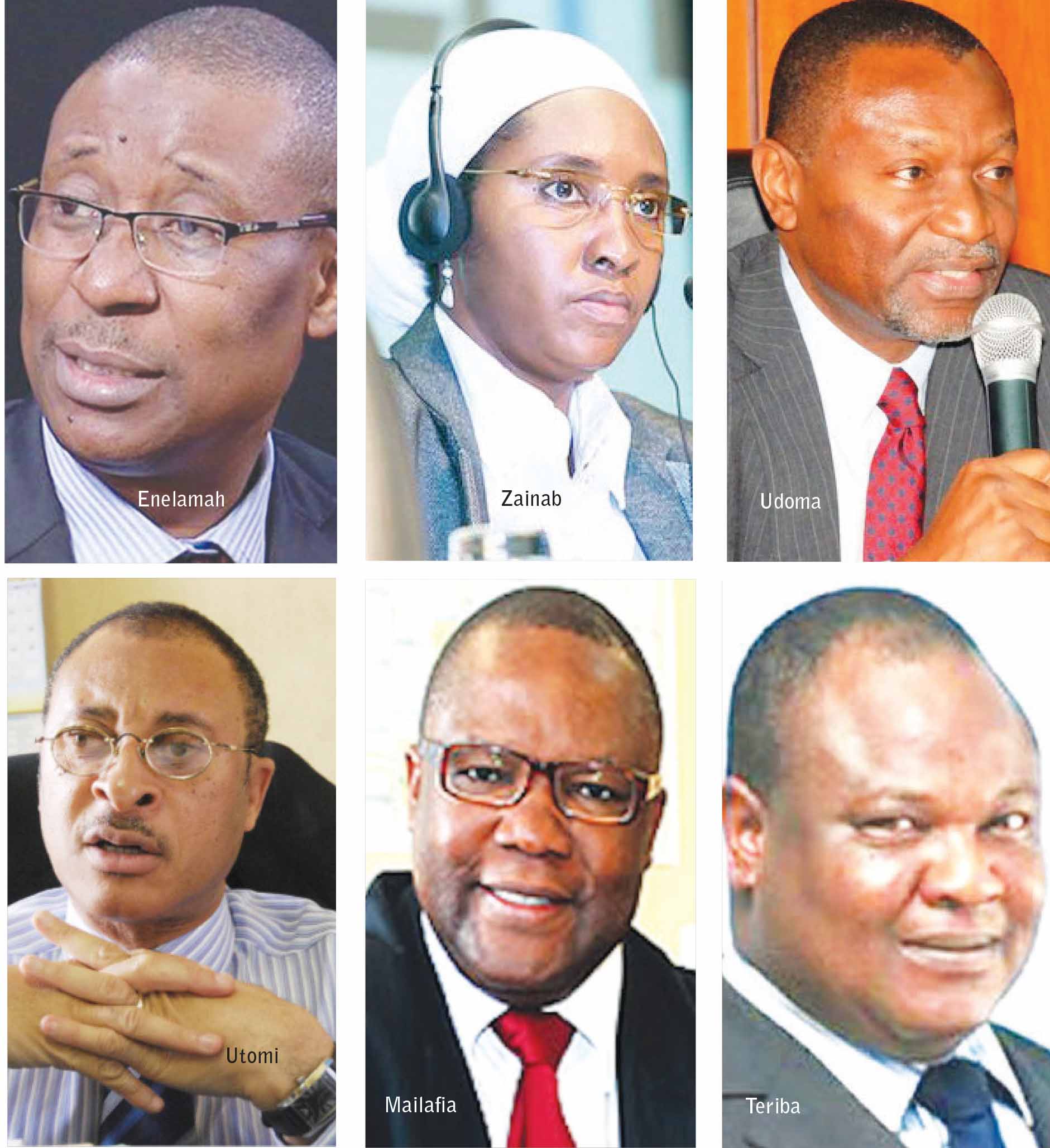 ical to overcoming other things. In addition, we need to continue to stimulate economic activities but we have to be careful about borrowing to spend just to stimulate. We should be a lot more creative about searching for and bringing in private capital to help grow infrastructure.

“At the same time, we need to push very stoutly initiatives that make entrepreneurs out of our young people. And we need to encourage them to create value without the resources ordinarily required to create such value, not when everything is given to you,” he stressed.

Post recession, critical growth drivers like the small and medium size enterprises, firms and entrepreneurs have been complaining of poor access to credit which hampers their ability to fully utilize their production capacity.  The Lagos Chamber of Commerce and Industry (LCCI) wants government to address the challenges confronting businessmen, which impede job creation, among others.

Muda Yusuf, LCCI director general said operators in the non-oil sector were faced with several challenges with infrastructure, funding, high-interest rate, technology and skills gap. He also said the agric sector was faced with a myriad of challenges, including insecurity arising from Boko Haram, herders/farmers clash, lack of fund and climate change. He said addressing the issues of infrastructure deficit, cost of gas, diesel cost, smuggling, counterfeiting will enhance the performance of the manufacturing sector.

Oil remains Nigeria’s chief foreign exchange earner and the mainstay of the economy. Therefore, any reduction of the daily production quota means less foreign exchange earning for the country. This will affect reserves accretion. In the long run, the Central Bank of Nigeria may not be able to meet up with the foreign exchange demand by end users, including companies and businessmen. This will put pressure on the naira and lead to its further weakning against other major currencies.

If manufacturing companies cannot access foreign exchange to import raw materials, they may be forced to lay off some of their workers, leading to unemployment and low consumer spending.

The 2019 Appropriation Bill proposes an aggregate expenditure of N8.83 trillion for the year, of which N4.04 trillion is recurrent, N2.31 trillion capital and N2.14 trillion will be devoted to debt service. The planned spending is lower than the 2018 budget by N300 billion. Analysts contend that the budget is smaller than the 2018 budget rather than being bigger to stimulate growth. They fault the fact that a quarter of the budget is dedicated to debt servicing, which will not have any reproductive effect on the economy.

In its current form, the local economy is still very fragile. For year 2019, a general slowdown in the real growth rates of economic activity in both the oil and non-oil sectors has been projected at 1.9 percent by the World Bank. This rate is well below the 2019 budget projection of 3.01 percent and is not enough to create the needed jobs for the growing population of the country or for the attainment of the SDGs.

This implies shrinking capital importation which will not bode well for the economic well being of the country at the end of the day. In the face of dwindling revenue sources, capital flight from the country, unstable power and lack of access to credit, Nigerians may indeed prepare for a grim 2019.