Ernest Addison, the governor of Bank of Ghana has said that over 95 per cent of customers of specialised deposit institutions (SDI) and all customers of the nine failed banks in the country affected by the recent banking sector cleanup have all received their deposits. 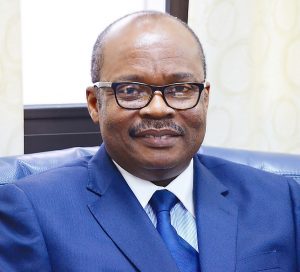 The bank governor made this declaration on Tuesday during the presidential visit of Nana Akufo-Addo, Ghana’s president to the bank to get familiarized with its operations.

The Ghanaian apex bank chief revealed that the first stage of the bank’s clean up involved the revocation of licenses of nine financial institutions, for which there was a refund of customers’ deposits while the second phase will have to do with the SDIs, such as savings and loans, microfinance institutions and finance houses, adding that in this case, 95 per cent of depositors have been paid fully, while there is just about five per cent of customers, who are high net worth individuals with large loans that are to be retired over five years, according to analysis from the data the bank has.

“The government has provided a bond worth ¢1.7 billion, for which we have monetized ¢700 million. So, the receiver is also working at clearing the last few customers that are left in that segment. So, I think that we have made a lot of progress, with this depositor issue,” Addison said.

Furthermore, the central bank chief also stated that the first step taken has been to pass the new corporate governance directive in order to ensure the maintenance of a resilient banking sector in the country and further avoid crisis in the nation’s financial sector.

“The second one has to do with misreporting of data, because of a lot of falsification of data by the financial institutions to the Central Bank. So we have brought in a new technology which will allow us to get the data directly from sources so that no human interventions will be in there to distort the data that they send,” he said.

“The third step,” Addison added, “has to do with the capital verification process, because a lot of the banks reported that they had capital when, in fact, they didn’t have any capital at all. So we have reviewed the entire capital verification process of the bank, and it’s almost impossible now for us to have a bank that doesn’t have any capital, and yet it’s allowed to operate, and, of course, in addition to that, for all the staff of the banking solution department we have had a lot of training programmes with the IMF and other technical assistance have been provided.”

The Ghanaian president, in his remarks, lauded the bank chief for efforts put in place in sanitizing the financial space which has brought in its wake more confidence.

The clean-up of the Ghanaian banking sector, has, however, resulted in the sector’s stability with fewer Specialized Deposit-Taking Institutions (SDIs) and banks that are well-capitalised solvent and liquid, and better able to sustain Ghana’s economic growth plan.