A total of 75,637 Point of Sales terminals were registered by banks for cashless transactions across the country in 2018. 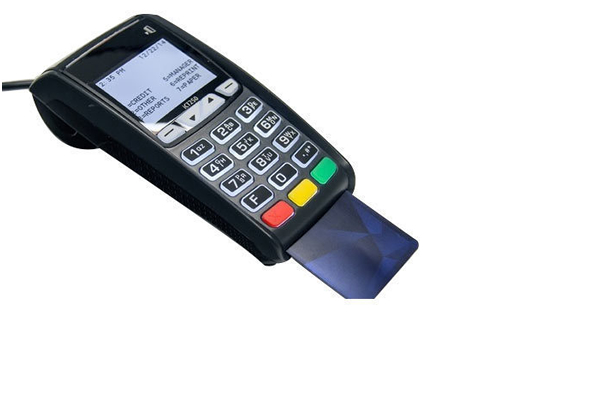 This brings the total number of registered PoS terminals in the country to 258,443 as of December 2018, industry statistics from the Nigeria Inter-Bank Settlement Scheme have shown.
In January, 5,687 new terminals were registered by Nigerian banks, in February, 3,921 terminals were registered and 7,585 PoS terminals were registered in March.
In the month of April, new terminals obtained by merchants were 8,537; 7,570 in May; 3,823 in June while 1,351 PoS terminals were registered in July last year.
All over the country, NIBSS records showed that 7,970 PoS terminals were obtained from banks in August; in September, 7,759 terminals while in October, 1,501 terminals were registered and issued to merchants.
In November, the highest number of terminals was registered in the year at 10,532 while in December, 9,400 terminals were obtained by merchants.
However, only 61,821 new terminals were deployed for cashless transactions throughout the year, bringing the total number of active PoS to 217,283 as of December 2018.
In addition, the value of transactions on the terminals also grew in relation to the increasing number of terminals in circulation.
In January 2018, N152.099bn worth of transactions were carried out, an amount which is 67 per cent higher than the N91.29bn recorded in January 2017.
In February 2018 as well, the value of transactions grew by 61 per cent from N90.2bn in 2017 to N144.88bn last year.
In March 2018, N177.76bn worth of transactions were conducted, an amount which is 70 per cent higher than the N104.48bn recorded in 2017.
In April 2018,  transactions valued at N172.31bn were executed, growing by 64 per cent from N104.84bn recorded in the same month in 2017.
About N189.48bn worth of transactions were carried on the active terminals in May 2018,  growing by 70 per cent year-on-year from N111.63bn recorded in 2017.
Transactions on the terminal in June last year grew by 69 per cent  from N107.66bn in 2017 to N181.827bn.
Merchants carried out transactions worth N185.04bn in July 2018, recording 59 per cent  growth compared to N116.57bn in corresponding month in 2017.
In August 2018, the value of transactions grew by 65 per cent from N124.4bn in the 2017 to N204.81bn in 2018.
In September 2018, PoS transactions grew by 62 per cent to N200.18bn from N123.58 in 2017.
About N212.37bn worth of transactions were conducted on the terminals in October 2018 compared with the corresponding month in 2017 which had N132.39bn, recording 60 per cent growth.
In November, PoS transactions grew year-on-year by 70  per cent,  from N135.18bn to N230.03bn.
While in December, transactions on the terminal grew by 62 per cent from 167.58bn in 2017 to N271.95bn in 2018.
The Managing Director, Global Accelerex, Mr Kayode Ariyo, recently attributed the increased deployment of PoS to the high level of acceptance of electronic payment in the country.
He said there was a new trend in which merchants were now requesting for PoS terminals contrary to what obtained when the terminals were newly introduced in which retailers had not discovered its value.
He said, “The major factor that has contributed to that is the acceptance. People are getting more comfortable with the card payment. The adoption of electronic payment is on the increase by consumers.
“Retailers and merchants have come to terms with it. In the past, we had to appeal to merchants to use the PoS channel. But now, we have a trend where merchants are the ones calling and asking for PoS terminals.”
According to him, the payment cards used in Nigeria are better secured than those in other climes due to the absence of magnetic strip on them.
“We have cards with better security in Nigeria than other places. The magnetic strip which is more vulnerable to theft is not allowed by law on the PoS. That function is disabled on Nigerian PoS, that has greatly helped. The information does not reside on the card. There is an enhanced security feature on the cards issued by banks today,” Ariyo added.
Businessamlive Website Stats