Sentiments were dampened in the Nigerian equities market on Tuesday owing to profit-takings on top stocks that posted their biggest wins in the previous year, forcing the local bourse to retreat to a bearish stance on the second trading day of the week and the year.

It offered strong indications that the market is on the threshold of consolidation, where market investors will see range bound movements till the end of the week. 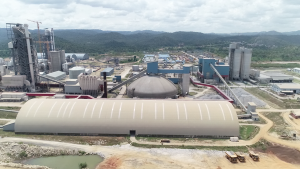 As a result of this performance, year-to-date (YTD) return fell to 0.3 per cent, while market capitalisation decreased by N392.8 billion to settle at N21.12 trillion, from N21.52 trillion the previous day.

The market performance across sectors was bearish as five of six indices closed in the red. The banking and industrial goods indices led losers, shedding 3.0 per cent and 2.7per cent, respectively, due to sell-offs in Zenith Bank (-4.3%), GT Bank (-2.8%), BUA Cement (-5.9%) and Wapco Plc (-2.4%). Similarly, the AFR-ICT and consumer goods indices fell 1.2 per cent and 0.3 per cent in that order, dragged by price depreciation in MTN Nigeria (-2.8%), Flour Mills (-3.2%) and Dangote Sugar (-1.1%). The oil & gas index fell marginally by three basis points following losses in Oando (-10.0%). Conversely, the insurance index was the lone gainer, up 1.6 per cent due to buying interest in Cornerstone Insurance (+6.8%) and Sovereign Insurance (+9.1%).

Investor sentiment as measured by market breadth (advance/decline ratio) worsened to 0.4x from the 15.5x recorded previously as 15 stocks advanced against 34 decliners. BOC Gas (+9.7%), NEM (+9.5%) and Sovereign Insurance (+9.1%) were the best-performing tickers, while Oando Plc (-10.0%), FTN Cocoa (-9.7%) and MAY & BAKER (-8.5%) were the only losers. In the meantime, the market loss of 1.83 per cent Tuesday may be a pointer to a bearish reversal, because there was also a mirror reflection of the volume of Mondays’ gainers to Tuesday’s volume of losers, which is seen in the sharp drop in market depth to 0.47x from Monday’s 16.0x.

The NSE 30 Index decreased by 2.38 per cent to close at 1,647.92 points as against 1,688.03 points the previous day. Market turnover closed with a traded volume of 214.49 million units. Seplat was the only gainer, while FBNH and Fidelity were the key losers.

At the parallel market the naira closed flat at N470 to a dollar while at the I&E FX market, the naira appreciated by 0.12 per cent as the dollar was quoted at N393.83 as against the last close of N394.30. Also, the CBN official exchange rate closed at N379 to a dollar as most market participants maintained bids of between N387.10 and N411.05 per dollar.

The T-bills market closed on a bearish tone, aided by sell-offs on the short segment of the market, even as the rest of the market remained muted as investors continue to book gains in the T-bills space. After trades, yields notched higher by one basis point to 0.5 per cent compared to the flattish close on Monday. Similarly, the bearish sentiment pervaded the OMO market, following sharp profit-taking on the short end of the curve. Despite pockets of bargain-hunting, the average yield saw an uptick of five basis points to 0.6 per cent.