The World Bank says Nigeria is to grow by 1.1 per cent this year and 1.8 per cent in 2022. The forecasts are contained in the bank’s latest 2021 global economic outlook just published. 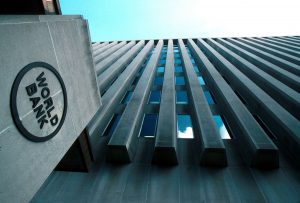 But it also said activity level in the country’s economy is expected to be dampened by low oil prices, falling public investment as a result of low government revenues, OPEC quotas, constrained private investment due to firm failures, and subdued foreign investor confidence.

The bank also contains forecasts South Africa, Africa’s second largest economy, which it says is expected to bounce back to 3.3 per cent in 2021. It revealed that the expectation of weak growth drive mirrors the lingering effects of the pandemic and the likelihood that some mitigation measures will need to remain in place.

In 2020 output fell sharply in Nigeria and South Africa resulting from the economic impact of the pandemic in all sectors. As a result Nigeria’s output was estimated to witness a 4.1 per cent contraction in 2020 while South Africa’s will fall by 7.8 per cent after it suffered the most severe outbreak of the pandemic in the sub-Saharan African region, undergoing a strict lockdown that brought the already weak economy to a standstill.

However, the largest international source of fund for developing countries, in this recent publication – Global Economic Prospects – for the sub-Saharan African region, asserted that the region will experience a moderate rebound in growth by 2.7 per cent in 2021.

“While the recovery in private consumption and investment is forecast to be slower than previously envisioned, export growth is expected to accelerate gradually, in line with the rebound in activity among major trading partners. The resumption in activity in major advanced and emerging economies and key trading partners of the region (Europe, China, US) is chiefly underpinned by positive news on vaccine development and rollout as well as new rounds of fiscal stimulus.

“Expectations of a sluggish recovery in sub-Saharan Africa reflect persistent COVID-19 outbreaks in several economies that have inhibited the resumption of economic activity. The pandemic is projected to cause per capita incomes to decline by 0.2% this year, setting Sustainable Development Goals (SDGs) further out of reach in many countries in the region. This reversal is expected to push tens of millions more people into extreme poverty over last year and this year,” the World Bank emphasized.

The World Bank noted in the outlook for the African region that recovery is forecast to be more lacklustre among industrial commodity exporters but the lasting damage of the pandemic could slow down growth, coupled with the impact of lockdowns on schooling and human capital development. It also noted the rising debt levels of governments in the region, estimated at 70 per cent of 2020 GDP, which it says poses concerns about sustainability in some economies.

Banks in the region may also be faced with sharp rises in non-performing loans (NPLs) as firms grapple with the means to service their debts due to falling revenues.

Moreover, growth in major trading partners could fall short of expectations, the World Bank observed, adding that the wide-scale distribution of a COVID-19 vaccine in sub-Saharan Africa will likely face many impediments, including poor transport infrastructure and weak health systems capacity.

According to the Bretton Woods multilateral financial institution, such constraints, compounded by natural disasters such as recent devastating floods and rising insecurity, particularly in the Sahel, could delay recovery.