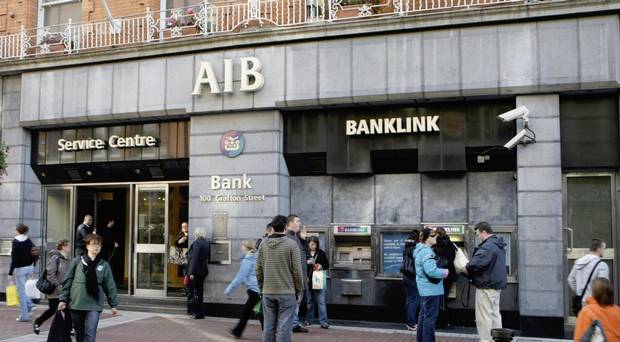 Big investors who buy a stake in AIB will pay no corporation tax for up to 30 years, it emerged today.

The Government could rake in up to €3 billion from the sale of 25% of the State bank saved from bankruptcy with almost €21 billion of taxpayers’ money.

Burton said: “The largest bank in Ireland, which cost us €20.8 billion to bail out, has been informing potential investors it will pay no corporation tax for up to 30 years.

“Since the last Budget I have been calling for the implementation of a minimum effective corporate tax rate to ensure profitable companies in Ireland cannot use accounting tricks and tax losses from the property crash to avoid paying their fair share.

“AIB has a deferred tax asset of €3 billion on its books that will be used to ensure it does not have to pay any corporation tax for decades to come.”

The TD warned the Irish taxpayer is again the loser having already paid to save the failed institution.

She added: “Those losses were paid for by the Irish people.

“It is not acceptable that when the bank is sold off private investors will see the benefit of those gains.

“I have repeatedly been seeking information from the Department of Finance on the extent and value of unused deferred tax assets from losses racked up in the recession.

“The Department of Finance have refused to cost the yield from a minimum effective corporate tax rate but we were able to introduce a similar income tax measure for high earners so it is not impossible to do the same for companies.

“At a minimum the Fine Gael Government should at least examine this idea and commit to retaining and increasing the bank levy in the years ahead to ensure AIB pays its fair share.”

There have been calls for the cash generated by the shares sale to be used to fund the health service.

However, it is understood the money will go to pay down the national debt, the majority of which was run up borrowing funds to save the banks.