It didn’t take long for sparks to fly Tuesday when the cadre of Big Pharma executives sat down before the Senate Finance Committee to defend their price-setting decisions.
Sen. Ron Wyden, the committee’s ranking member, dug right in on stock dividends, buybacks and price hikes, saying the companies engage in “two-faced scheming and profiteering” while blaming regulators, middlemen and others for their pricing decisions.
It’s “long past time to drop these excuses and take concrete action” to make drugs affordable in the U.S. And on pharmacy benefit managers, which he called “wasteful and secretive,” Sen. Wyden said they’ll “have their day before the committee” as well.
Beginning with a barrage of yes or no questions, Chairman Charles Grassley, Wyden and the committee members went on to challenge the executives to explain themselves. Why U.S. prices are higher than anywhere else in the world, for instance, and why AbbVie counts so many patents on its megablockbuster drug Humira.
The executives themselves—from AbbVie, AstraZeneca, Bristol-Myers Squibb, Merck & Co., Johnson & Johnson, Pfizer and Sanofi—put forth a few ideas for fixes, against a backdrop of familiar talk about R&D spending and lifesaving drugs.
*Pharma’s favoured solutions*
One thing most of the executives agreed on was rebates. They’re a problem, AstraZeneca CEO Pascal Soriot said after touching on his company’s R&D spending. The current system is “built on high list prices coupled with rebates,” which is “not sustainable,” he said.
Bristol-Myers Squibb chief Giovanni Caforio agreed, saying his company supports the Trump administration’s move to reform drug rebating. AbbVie CEO Richard Gonzalez said his company’s encouraged by the administration’s recent proposal—which would nix rebates in favor of discounts for patients in federal health programs—but said there’s more work to do on the subject.
Pfizer CEO Albert Bourla, for his part, said he favors passing all rebates on to patients. And Soriot said AstraZeneca is prepared to cut its list prices accordingly if the government eliminates rebates.
Bourla and Soriot each brought his own slate of ideas for the committee, and they overlapped quite a bit. In addition to their rebate proposals, the helmsmen touted value-based pricing as a strategy for fighting high drug costs. They both said biosimilars could save money, but noted the U.S. market for biosims is lagging. Bourla also suggested a Medicare Part D out-of-pocket cap for patients.
Pricing rationale
Committee chair Sen. Charles Grassley opened with a series of pointed, yes-or-no questions to each of the executives about their pricing decisions. Do the companies consider a possible public outcry as they make their pricing decisions? Each of the seven executives said yes. Do they consider what Congress might say? No. If the Trump administration’s rebate proposal goes through, many companies are committed to lowering prices, the executives told Sen. Grassley. 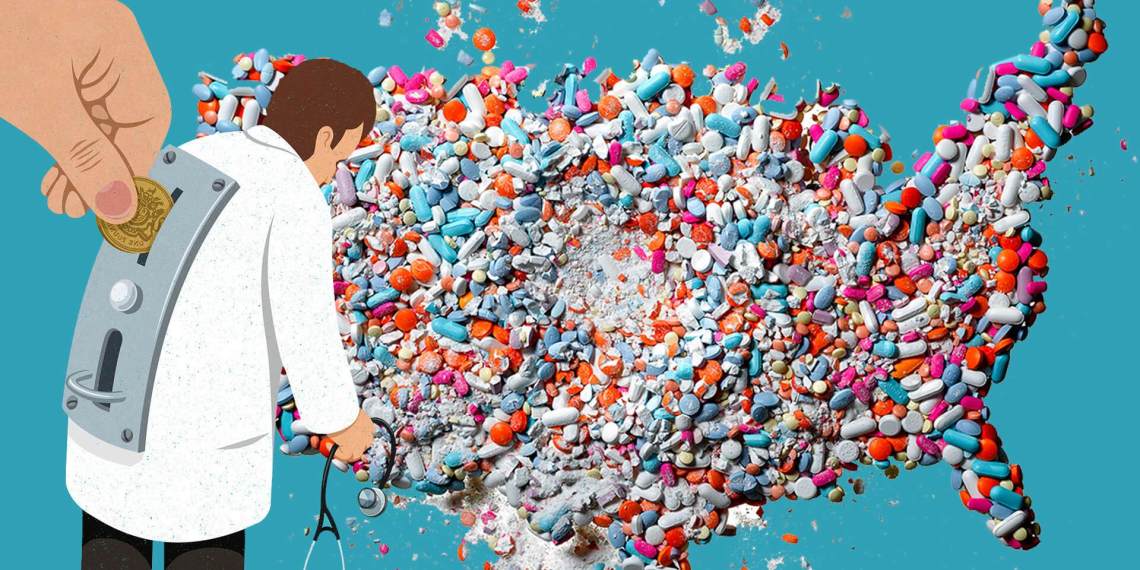 On pricing strategies, Merck CEO Ken Frazier said later in the hearing that pharma companies don’t benefit from launching with low list prices. That’s because “if you bring a drug to market with a low list price, you get punished financially and you get no uptake” as the supply chain favours higher list prices.
Also during the testimony, Sen. Wyden pointedly asked Gonzalez whether the company makes a profit on drugs it sells in Germany and France. Gonzalez said yes. How, then, is charging a higher price in the U.S. not price gouging? Gonzalez responded that his company wouldn’t be able to invest as much in R&D if it offered lower U.S. prices.
In her questioning, Sen. Debbie Stabenow hit on how taxpayers fund research for groundbreaking drugs. She said NIH funding contributed to every single one of the 210 new drugs approved by the FDA from 2010 to 2016. She opened her questioning by asking Gonzalez why U.S. patients can’t get Humira at a reasonable price when patients in Europe already have access to biosimilars, suggesting AbbVie has a “double standard” with its patients.
“We think we have struck a reasonable balance” on Humira, Gonzalez responded. He told the senator company has struck several agreements with biosimilar players for 2023 U.S. launches. The earliest patent in Humira portfolio expires in 2022, and biosimilars come within a year, he added. Gonzalez admitted he knows the agreements might not be “popular.”
International ‘freeloading’
In his opening remarks, Caforio criticized the “international price index” model proposed by the Department of Health and Human Services, which would peg U.S. prices to those overseas. And inevitably, the talk returned later to so-called “freeloading” by other countries and pricing negotiations outside of the U.S.
Merck CEO Ken Frazier told the senators European countries often negotiate very low prices because they know companies like Merck can’t “walk away” and abandon patients. That’s how other governments secure better prices, he added. AbbVie’s Gonzalez suggested a tiered pricing system among countries to share the economic burden for prominent diseases such as HIV.
Noting themes from the hearing, Wells Fargo analyst David Maris wrote Tuesday that eliminating rebates and pricing transparency got a lot of attention. Much of the discussion was industry-focused rather than specific to one company, he added; AbbVie was the exception.
In one particularly sharp exchange, Sen. Wyden asked Gonzalez whether his bonus would be smaller if the CEO lowered the price of Humira. The senator asked for the answer in writing within 10 days.
The 5-minute time limit per senator “makes for a lack of in-depth discussion,” Maris wrote in his note, which benefited drugmakers. Maris believes more hearings are to come.
The pharma executives accepted the invite to testify after the committee held one pricing hearing with no representatives from Big Pharma. The committee members sent another round of invites in early February, and one by one, the executives said they’d show up for Tuesday’s meeting.
But while Tuesday’s event marked a major development for pharma watchers, experts believe it’s just the beginning of pharma’s headache in D.C. Maris wrote Monday his team continues “to believe we are at the junction of an important dialog on the role of government in drug pricing, healthcare affordability, and patent-related pricing powers.
The two senators heading up the committee’s hearings, Sens. Grassley and Wyden, “are not adversarial,” the analyst pointed out, so they could be eager to work together on the issue and come up with bipartisan solutions to rein in costs.
As industry watchers know, Tuesday’s hearing is just the latest development in a years-long debate over drug prices. The Trump administration has made the issue a priority, and it’ll surely remain on voter minds heading into the 2020 presidential election.

Oil Price up by 2% as OPEC agree modest output increase