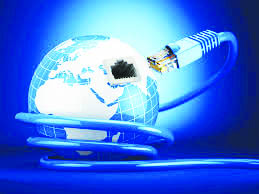 Broadband penetration in Nigeria has failed to sustain progressive trajectory month on month as it receded due to loss of access by over 300,000 subscribers in November for a second time in 2019.

The need for sustained progression in deepening high-speed internet in the country has been a major concern of the federal government and players as broadband remains an enabler of economic growth and a key driver e-regime in the country.

Checks by business a.m reveals that similar trend was experienced in May 2019, when over a million internet users lost access to the long term evolution (LTE) networks, a situation that dragged penetration downward from 64.33 million or 33.70 per cent in April to 63.24 million or 33.13 per cent in the month.

While it is noteworthy that in a period of 11 months, broadband penetration has deepened from 60.09 million connections or 31.48 per cent in December 2018 to 71.98 million or 37.71 per cent as at the end of the month under review, November, recession in the figure still generates concerns.

Such concerns are borne out of the fact that there had been renewed efforts at growing access to broadband in the country, a mission championed by critical ministry, departments and agencies of the federal government such as the Nigerian Communication Commission (NCC) and the Federal Ministry of Communications and Digital Economy.

Nigerians are expectant of improved broadband due to inauguration of a committee by the minister Ali Pantami of federal Ministry Of Communications and Digital Economy to develop a national broadband plan (NBP) (2020-2025).

The committee, headed by Funke Opeke, managing director and chief executive officer of MainOne, is expected to deliver the plan before the end of Q1, while it is mandated to develop the blueprint for achieving as high as 70 per cent broadband penetration target by 2025.

Opeke has said that the target of the committee is to achieve at least 65-70 per cent broadband penetration across Nigeria in the next five years, adding that the objective is technology neutrality for the right purpose.

She said: “The Minister has set the goal and I am sure the NCC is in agreement. We will look at the work of the last Committee and what was done, the prospects, the challenges that are still there in order to come up with a plan to achieve the set objectives.”

“I believe the objective is achievable with sincerity of purpose and with hard work for these are critical services and infrastructure that we need to bring to all Nigerians and we’re optimistic that we can accomplish that goal. There is work to be done on fixed infrastructure but the reality is mobile technologies are also progressing quite fast to deliver very capable services to people”.

“We see what is going on with 5G all over the world, so we will address both at the Committee but I believe our objective is not to favour one technology over another but to figure out how we can get those critical services to many more Nigerians.”

Sharing similar view, some analysts in the industry have expressed optimism that the 70 per cnt target by 2025 is possible.

According to Emanuel Onajite, a research analyst whose research has centred on the impact of broadband penetration on low income economies, “There is an indication that Nigeria is finally waking up to the need for telecommunications as a major pillar for national development, the inauguration of the National Broadband Penetration Committee is a pointer to the fact that things are set to change.”