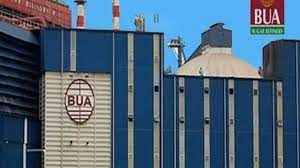 The new development, according to the leading food manufacturing conglomerate, is part of its drive to foster the government’s backward integration policy, maintain its market leadership in the agribusiness and food processing sector, as well as take advantage of the growth opportunities in the economy and the export prospect presented by the African Continental Free Trade Area (AfCFTA).

Abdul Samad Rabiu, chairman of BUA Group, who made the disclosure at the formal launch of the newly consolidated BUA Foods business in Lagos, explained that BUA’s heritage as an indigenous and fully integrated food conglomerate, undoubtedly places an obligation to play a leading role in the developmental drive of the country’s economy.
Rabiu  noted that the company has a refining capacity of 1.5 million metric tonnes of sugar yearly from its two automated sugar refineries in Lagos and Port Harcourt, adding that it has built eight ultra-modern factories across the country to refine and process sugar, flour, pasta products, edible oils, and rice.

Speaking on BUA’s production capacity for flour and pasta, the group chairman said the company currently produces 850,000 metric tonnes of flour  and 250,000 metric tonnes of pasta. He also noted that the new production lines in Port Harcourt, set to be completed in the middle of 2022, will raise flour milling and pasta production to 1.4 million tonnes and 500,000 tonnes respectively.
Rabiu further disclosed that BUA’s rice mill has a capacity to produce 200,000 tonnes yearly, noting that the company is working on a rice plantation that will change the face of rice production in the country.
“These investments in the food industry have not only helped move the nation towards food security, thousands of jobs have also been created through these efforts,” Rabiu said.
He said there were opportunities for growth and development despite the economic challenges currently facing the nation, especially within the agricultural sector and food processing value chains that can be fully maximised through the development of a sustainable plan to put the nation on accelerated growth within well-specified and realistic attainable timelines.
“We have to prepare for what is ahead and we must challenge ourselves with new goals. Our resolve remains to produce high quality products in the widest customer base at reasonable prices. As a group, we have already set the ball rolling as underscored by the business restructuring that berthed the consolidation of our food operations aimed at strengthening our market position,” he stated.
Businessamlive Website Stats