Renaissance Capital Limited, a major securities firm and licensed trading holders on the Nigerian Exchange (NGX), as well as a frontier and emerging market investment bank, says the Eurobond market will form a major part of local banks, companies and Nigeria’s funding mix in 2022, following the successful foreign currency borrowings in 2021. 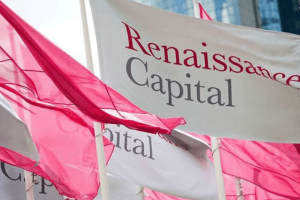 In 2021, corporates, including local financial institutions and Nigeria, made a fresh foray into the international debt capital market to shore up financing needs which saw Nigeria gain access to $4 billion from the Eurobond market. Also, the flow of transactions began in the foreign currency debt market across West Africa with $300 million 5-year Eurobond issuance for Ecobank, which was considered the lowest coupon for an outstanding Nigerian bank Eurobond at the time of issue.

Samuel Sule, acting chief executive, Nigeria, Renaissance Capital, in a virtual call with analysts and journalists, said the initial raise of $300 million by Ecobank was followed by another $350 million 10-year Tier-2 Sustainability Bond for the banking group.
The investment banking firm recognised the move by Ecobank Group as the first sustainable bank Eurobond from an African bank, which was followed by a $500 million additional Tier-1 Eurobond for Access Bank, which it noted to be the first additional Tier-1 bond from a West African bank, and a $300 million 5-year Eurobond and tender offer for United Bank for Africa (UBA).

Debating RenCap’s footprint in the Eurobond space so far, Sule asserted that the investment company partnered with issuers on debut and follow-on issues in the local currency debt markets leading to landmark transactions, including the N13.72 billion debut bond issuance for Emzor Pharmaceutical Industries. Also, it joined forces in the participation of N6.325 billion Green Bond issuance for North South Power, as well as a N34.965 billion commercial paper for Union Bank of Nigeria.
He further revealed that the company registered a deal in a debut N20 billion commercial paper for Parthian Partners, while acting as a joint issuing house to the Lagos State 10-year bond issuance. It also successfully partnered with Access Bank on the first additional Tier 1 issue from Nigeria, stating its expectations for this non-dilutive form of capital to be embraced by banks both in the foreign and local currency markets.
“We are also acting as joint issuing house on MTN Nigeria’s equity issuance of 575 million shares. We will continue to be part of the M&A landscape across financial services and anticipate further activity in this space as entities (domestic and international) seek value and scale in providing services to Nigeria’s burgeoning population,” said Sule, Rencap acting CEO.
On the outlook for the year 2022, RenCap noted that a very supportive liquid market environment, which enabled it to partner with key issuers to successfully launch market-defining transactions in 2021, will likely impact its foray in 2022 while noting inflation as the key driver to watch by markets.
Sule further noted that capital markets in 2021 were thematically a year for stabilisation, refinancing and positioning for future sustainable growth as Eurobond markets will form a key part of the funding plan in the coming year, adding that Nigeria will also require local and international funding to close the budget gap.
The acting CEO also said 2021 is a record year in terms of primary dollar issuance across Africa, particularly for Nigeria, with the sovereign, banks and corporates having already accessed the markets thus far. He said investors will continue to monitor the performance of recently launched and historical Eurobonds issued to guide further appetite in the coming year.
“We expect to see more borrowings both in foreign and local currencies. The Nigeria sovereign will require funding for its budget deficit and this will be sourced internally and externally from commercial and multilateral entities. The adoption of Basel III by the Central Bank of Nigeria, with new guidelines in place, has effectively created a new capital instrument in the form of Additional Tier 1 debt.
“Inflation remains one of the drivers watched closely by markets and we continue to monitor how the regulatory landscape reacts to provide guidance to the issuer universe. This will have an impact on all forms of capital as investors focus on real returns. We believe 2022 will be opportunistic and issuers and investors alike will do well to be nimble and decisive,” he concluded.
Businessamlive Website Stats