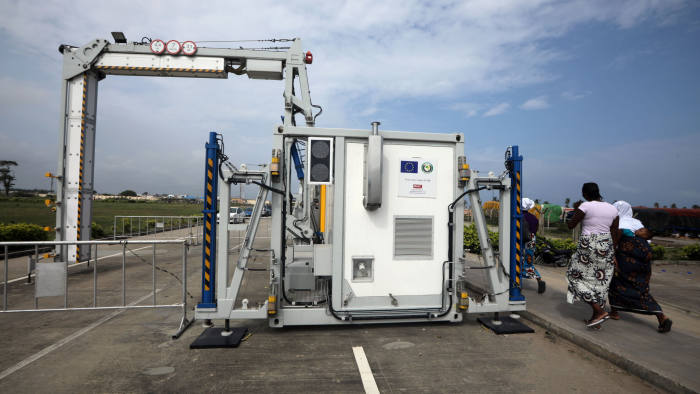 As the federal government says there is no terminal date for the reopening of the borders with its West African neighbours, the organised private sectors have said that exporters and businesses will continue to suffer.

The organised private sectors were reacting to the comments made on Monday by the minister of state for industry, trade and Investment, Mariam Katagum, that the Federal Government had yet to take a position on when exactly the borders would be reopened.

It will be recalled that the FG ordered the closure of the land borders in August to stem smuggling, especially arms, into the country.

Reacting to the non-definite time for the border reopening, both the Nigeria Employers Consultative Association and Lagos Chamber of Commerce and Industry noted that some people had continued to raise the positive side of the closure without looking at the losses the closure had caused.

Speaking for the LCCI, Muda Yusuf, the director-general, argued that it was important to reckon with the cost of the closure to business and the citizens’ welfare, even as the proponents of the closure recognised its benefits

He stated that the closure of borders had affected negatively exporters and the operation in the Small and Medium Enterprises sector within the sub region.

He said many of such businesses which operated in the real sector had recorded a decline in their productive capacity, thus leading to inflationary trend which had peaked at 40 per cent.

He said, “The land border closure has become a tricky issue. There are costs and there are benefits. There are also the predatory trade practices by our neighbouring countries, a situation that has been compounded by our domestic institutional vulnerability.

“The closure has given a boost to domestic production of poultry products, rice, fish, vegetable oil, sugar, among others.  Investors in this category have been celebrating the border closure.  The reduction in the illegal exports of petroleum products is also another positive outcome. But investors who are exporters to the West African subregion are victims of the border closure.

Yusuf also said, “Some major markets in Lagos and elsewhere in the country that serve the West African subregion are lamenting the huge losses that the closure had inflicted on their business.

“Nigeria is the commercial hub of the subregion with a corresponding high volume of trade, which is largely informal. The trade in the subregion is done largely through the land borders. Many small businesses and informal sector players are casualties of this policy.”

He said the supply chain and export channels of some multinational companies producing in Nigeria had also been disrupted.

“There is also a profound welfare effect resulting from inflationary pressure that has been triggered by the closure. Prices of food items have risen by as much as 40 per cent in some cases,” he added.

The LCCI DG said there were still profound capacity gaps in the production segment of our economy, as “productivity is fragile; production costs are high and domestic economic integration is weak because of challenges of logistics.