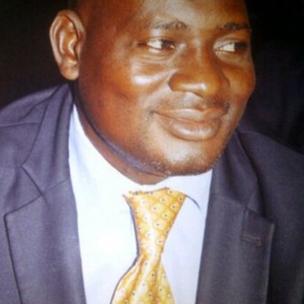 The Federal Inland Revenue Service (FIRS) generated a total sum of about N5 trillion in 2019, which fell short of its projected revenue collection of about N8.8 trillion, thus posting a shortfall of about N3.7 trillion for the year.

Figures from the FIRS further indicated that out of a total revenue projection of N45.7 trillion between 2011 and 2019, the service was able to generate N40.5 trillion, leaving a deficit of over N5.2 trillion within the period, despite the increase in staff strength by 3,003 within the eight-year period.

Mohammed Nami, the executive chairman, FIRS, particularly expressed concern over the dwindling revenue performance despite increase in the service workforce over the period.

The figures further showed that FIRS numerical strength had risen from 6,445 staff in 2011 to 9,448 in 2019 without a commensurate revenue performance.

However, Nami, in a Christmas message to staff, via an internal memo dated December 23, encouraged staff to redouble efforts towards achieving its target in 2020.

He noted that the service was once able to surpass its revenue target of N3.6 trillion in 2012 when it generated N4.6 trillion without the active participation of consultants and with moderate inflation and exchange rate.

“I want to be positive that this impressive performance is achievable again,” he said.
He, therefore, tasked the staff to be prepared to give in their best to improve collection upon resumption from the holiday.

“It should be pondered upon during the holiday so that you would resume refreshed and better prepared to serve.
“It is observed that despite the rise in service workforce, the engagement of consultants, the rise in inflation and the exchange rates, the tax revenue collection continues to dwindle,” he stated.

He also urged the staff to take advantage of the current staff-friendly environment to redouble their efforts to reverse the downward trend in revenue generation as well as ensure that the current target of N8.5 trillion is not only achieved but also doubled before the end of 2020.
He warned them to desist from negotiating with taxpayers and siphoning tax revenues meant for the federal government.

He said:”No doubt the task is daunting but with dogged spirit, integrity, probity and accountability as well as resolve not to negotiate with taxpayers, and pocket the revenue due to the federal government, the current challenges can be surmounted and our ambitious target achieved or surpassed.”