For the start of the new week, analysts say they expect the current market sentiment to continue within the bonds space after the outcome of the October bond auction, while a relatively healthy level of liquidity in the OMO maturities and Treasury bills market should at least support buy-side activity. 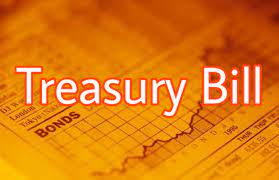 To start with, buy- side activity at the mid-long end of the OMO market saw average yields dip week on week. In the meantime, investors in the Nigerian Treasury Bills space sold tenors across the mid-long end of the curve, and as a result yields across the space trotted higher on a weekly average. Finally, in the bonds space players were majorly sell-side driven, resulting in a week on week yields increase.
Money Market
At the close of last week in the money market, the Overnight (O/N) rate increased by 3.75 percent to close at 19.25 percent as against the last close of 15.50 percent; and the Open Buy Back (OBB) rate increased by 4 percent to close at 19 percent compared to 15 percent on the previous day.
FX Market
Across the streets last week, the Naira was left to find strength against the dollar while it traded between N565 per dollar and N578 per dollar in Lagos, Abuja and Uyo, respectively; while at the Investors’ & Exporters’ FX market, Naira remained unchanged at N415.07 to the greenback, despite showing a slight appreciation on three consecutive sessions during the week. However, most market participants maintained bids of between N405 and N424.45 per dollar.
Treasury Bills
Into the Nigerian Treasury Bills secondary market, which closed the week on a positive note, average yield across the curve shrunk by 10 basis points to close at 5.38 percent. Thus, average yields across the medium-term and long-term maturities declined by 25 basis points and 5 basis points, respectively. However, the average yield across the short-term maturities closed flat at 3.46 percent, while yields on 9 bills compressed with the 31-Mar-22 maturity bill recording the highest yield decrease of 76 basis points, while yields on 8 bills remained unchanged.
OMO Maturities
In the OMO bills market, the average yield across the curve closed flat at 6.44 percent as the average yields across short-term, medium-term, and long-term maturities closed flat at 6.43 percent, 6.37 percent, and 7.03 percent, respectively.
Last Thursday, the Central Bank  of Nigeria (CBN) conducted an OMO auction where it sold bills worth N30 billion across the 103-day (N5 billion), 180-day (N5 billion), and 348-day (N20 billion) tenors with the stop rates remaining unchanged at 7 percent, 8.50 percent, and 10.1 percent, respectively. The auction was oversubscribed, indicating a subscription level of 225 percent or N67.59 billion by investors. However, the demand was tilted towards long tenor maturity bills with bid-to-cover ratios settling at 1.40x (103-day), 1.40x (180-day), and 2.68x (348-day).
FGN Bonds
Elsewhere on the FGN bonds secondary market, it was a quiet close as the average bond yield across the curve was flat at 8.4 percent, while the average yields across medium tenor and long tenor of the curve decreased by one basis point each. On the other hand, the average yields across the short tenor of the curve increased by one basis point, with the FGNSB 15-MAY-2022 bond, emerging as the best performer with a decrease in the yield of 18 basis points, while the FGNSB 16-JAN-2022 bond was the worst performer with an increase in yield of 30 basis points.
Moreover, the Debt Management Officer sold bonds worth N315.41 million across the 2-year (N66.46 million) and 3-year (N248.95 million) tenors at coupon rates of 6.899 percent (-102 basis points) and 7.899 percent (-102 basis points), respectively at the FGN Savings Bond Auction for October 2021. Allocation for 2-year bonds decreased by 23.07 percent compared to N86.38 million allotted at the last auction, while allotment for 3-year bonds decreased by 55.65 percent versus N561.30 million allotted at the previous auction.
Businessamlive Website Stats