HISTORY WILL BE a good guide and a pointer to the future prospects of a common language in Africa. Since the wave of independence in various African countries when statehood and self-rule began between 50 and 60 years ago, there was hardly an overarching subject of common interest to all since every country tended to look more at their respective micro environments than the big picture of a continent. Many new countries within Africa became preoccupied with internal affairs that had much to do with crises and less to do with issues of cross-border or continent-wide benefits. Many newly independent countries soon fell under military dictatorship and – as we are told – were remotely influenced by external actors from the Western countries for selfish reasons. They were either installed or sustained, or installed and sustained, by those who still wanted to use them as puppets. Such dictatorships have turned out to redefine Africa in many significant ways. Many African countries ruled with iron hands by those military interventionists experienced retrogression in economies, human rights abuse, forced exiles of dissents, arbitrary killings, military exploitation of civilians, ethnic rivalries, press suppression and media censorship by the state, generalised poverty and food insecurity. Africa thus began to experience a period of militarisation, with the installation of leaders who were not in a hurry to leave offices – many of which left power vacuum and consequential crises after their exits. Africa thus began the era of strong leaders presiding over subdued citizens, weak, fragile and poor states. The effects are still palpable till today. 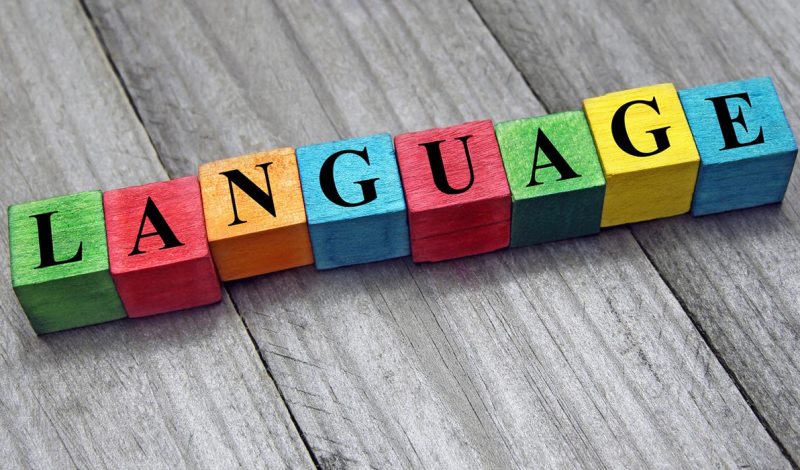 Countries going through leader-induced crises have been preoccupied with more of less influential issues of definite positive impact and relevance to their citizens and to other countries. Less attention was therefore given to integration at regional and continental levels. Dreamers of a monolithic Africa, such as Nkrumah or Azikiwe were either not equipped with enough power or were not in power long enough to translate their dreams into realities. Despots and sit-tight rulers who came in through violent overthrow of elected leaders held on to the reins of power for decades in various countries and were more obsessed with consolidating power and exerting strong hold over their respective territories more than anything else. They were paranoid and had no vision of a continent, but of their small enclaves. They were not even genuinely interested in the prosperity of such enclaves, much less that of the continent. It didn’t matter much if such an approach was destroying their countries rather than building them. It was futile, for instance, to persuade Idi Amin Dada to hold Uganda together for prosperity when he was busy killing, maiming and pushing many Ugandans into exile. Hissène Habré seized power in 1982 after his various military exploits in civil war that led to his coming in as a government insider. He then turned himself to a politician and served as the fifth president of Chad from 1982 until he was deposed in 1990. Despite his doctorate degree from a French university, his performance in government was deplorable. During his period as president, he presided over the brutal killing of over 40,000 people in his country.

The use of power by many African leaders caused much more damage and division to their countries than to bring their people together for common progress and prosperity. Mohamed Siad Barre, a Somali general and dictator, ruled as the President of the impoverished Somali Democratic Republic for 22 years from 1969 to 1991. His exit left a power vacuum that created a breeding ground for rivals of warlords that have held the country hostage since then. The country is yet to overcome the growing crises that have morphed into dangerous security threats, including the establishment and entrenchment of Al Shabab terrorist group. His legacy has become a thorn in the East African region’s flesh. During his reign, Siad Barre was not mindful of a Somalia that would play an active regional role in Africa. His country still muddles through over three decades of unabated turmoil, poverty and human displacement. Félix Houphouët-Boigny, the first president of Ivory Coast, ruled from 1960 until his death in 1993. During his reign, he was almost an equivalent of the state. Herman J. Cohen a former US Assistant Secretary of State for African Affairs, provided an intimate insight into Boigny’s disruptive roles as president in Ivory Coast. Through one-on-one conversations Cohen had with many African leaders exposed some reasons why Africa has lagged behind the rest of the world since the end of colonialism a half-century ago. On Boigny, it was reported that he had intense interest in dabbling in other countries’ affairs. “Indeed, he was a master manipulator and destabilizer, but so low key as to be virtually invisible,” noted the report linked with Cohen. He was alleged to have instigated the 1989 to 1996 war in Liberia. One of his most important interests was in the former Portuguese colony of Angola in southwest Africa where he supported Jonas Savimbi, the leader of the UNITA rebels, as sponsor and mentor.

It could not have been said that Mobutu Sese Seko had a clear development agenda for his country that he changed its names sometimes into Zaire. What was indisputable was his acquisition of wealth to the extent he was estimated to have been worth a putative $5 billion after his 30 years of rule that turned a once wealthy country rich with natural resources to one of Africa’s economically backward countries. Mobutu fled from the country after forces led by rebel leader Laurent Kabila gained easy access to Mobutu’s demoralised stronghold. He died in exile in Morocco. The Congo civil wars of 1996 to 1997 and 1998 to 2003 had a remarkable impact on the country’s economy and people’s lives. The sudden and brutal end of Gaddafi led to a power vacuum that still plagues Libya till now. Gaddafi was one of the victims of Arab Spring that spilled over from a neighbouring Tunisia in 2011, an uprising that had to do with his ultimate death. The lawlessness that followed his death created the vacuum of power that allowed jihadi groups to flourish. Libya is yet to recover till today, even as unhealthy rivalry prevails among the self-acclaimed politicians in that country. The proclaimed one Africa dream of Gaddafi thus died with him and is replaced with sectarian crisis.

With coup d’état, counter-coups and other forms of armed struggles against the states, many countries in Africa have been grappling with distractions rather than coordinated and deliberate national development strategies and programmes. Many who rode on the back of popular support to power turned on their people and turned their regimes and economies of their countries into fiasco. Robert Gabriel Mugabe was supposed to be a man of the people and freedom fighter. He ended up an enemy of the people, plunging Zimbabwe’s economy into serious crisis to the extent that the local currencies became worth less than the papers on which they are printed. Yoweri Museveni who shot his way into office through guns has remained unprepared to leave the office for younger people and has been chasing after opposition after 36 years as president. AbdelAziz Bouteflika, suffering from stroke, still wanted to continue to rule until popular revolt booted him out of office in April 2019. His unexpected exit has since returned Algeria to military rule. Many more present leaders of other countries in Africa still remain in office beyond their useful times. Paul Biya of Cameroon and Teodoro Obiang Mbasogo of Equatorial Guinea are front liners among them. For some, like Gnassingbé Eyadema to Faure and Omar Bongo to Ali of Togo and Gabon respectively, state leadership has become family inheritance. And, in between are the likes of Paul Kagame of Rwanda, Alassane Ouattara of Ivory Coast and Alpha Condé of Guinea Conakry all of which altered their countries’ constitutions to enable them stay beyond two-term limits. Although Condé has been booted out and replaced by ‘military boys’ in his country, Ouattara and Kagame are still determined to hold on to power, the latter having made a point of remaining till 2034. It looks therefore like African socio-economy and politics are more about individuals in power than about the countries involved.

Organisation of African Unity (OAU) – now rechristened as African Union (AU) – established since May 1963, has not been able to successfully champion a regional integration cause in terms of common language until last February. Coming a year after the African Continental Free Trade Area (AfCFTA) took off, we may say “better late than never.” But, what are the underlying philosophies for translating this idea into realities? Since the announcement, two months on, how far and wide have the AU Secretariat and various countries’ government disseminated information about this new paradigm? It is unlikely that mere wishes will bring the intention into force or turn it into policy. State actors, which are better positioned to take the lead in promoting this idea have not shown appreciable signs that they actually mean business. The private, social and informal sectors, despite passion, enthusiasm and abilities are constrained in many ways and cannot take the idea far or make it work fast without national authorities’ involvement, leadership and enabling environment.

The past half of a century has been an eventful period in Africa. Leaders have spent fortune in building secure regimes at the expense of their countrymen and women. They are yet to prioritise legacy programmes that can bring countries in the continent together either during their terms in office or after. In contemporary times, various governance styles are on display which could easily provide a basis for assumptions that the continent still has a long way to go in the process of continental regional integration. The leaders have shown eloquently that progress has so far been slow. Under the watch of these various leaders in Africa, past and present, the continent still depends on foreign countries for food import, machine imports, sovereign loans, foreign medical aid, foreign security support, foreign language and foreign environmental blueprint. Without taking time to resolve the key social, political and economic differences among and between African countries, not much can be achieved in the area of integration under which a common language can be categorised. Africa may therefore still have to wait some more on the issue of actualising the dream of a common language in official capacity except something definite and urgent is done. Otherwise, the dream could become a stillborn.